New pool size has yet to be defined 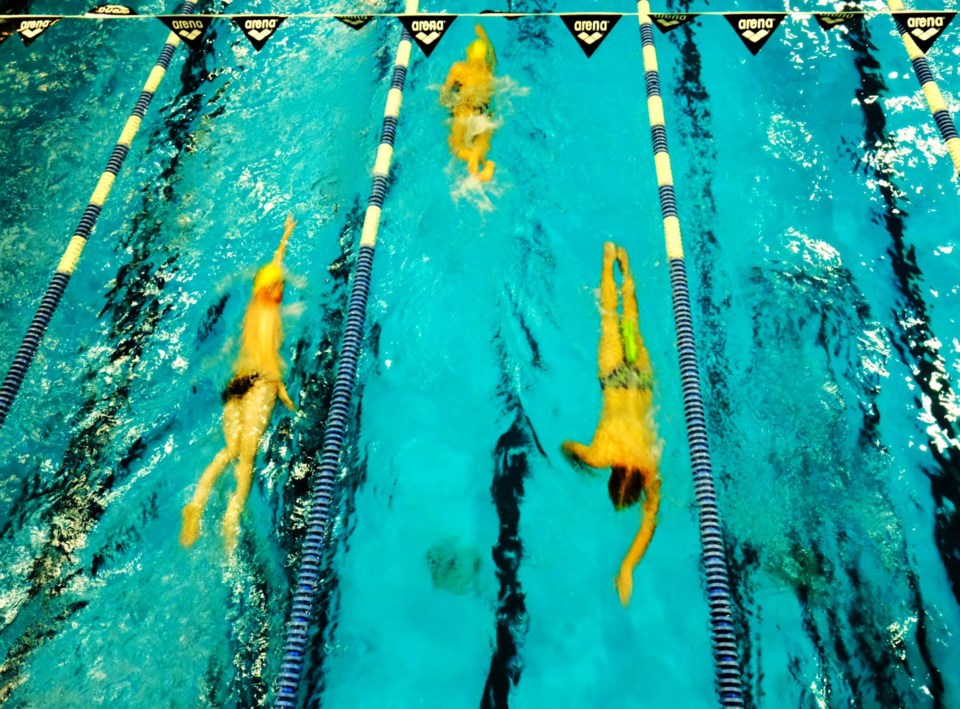 LAC LA BICHE - Lac La Biche County's senior manager of Recreation is clarifying information in a recent news report highlighting the construction of a new aquatic centre in the community.

"Nothing has yet to be determined ... as far as the size of the pool," said Darrell Lessmeister last week after a Lakeland This Week article described an Olympic-size pool would be included in the plans for the new $15 million aquatic centre to be built onto the community's Bold Center.

While public consultation on the project will take place in the coming months to determine some aspects of the facility, the size of the pool in the initial planning stages is based on smaller comparisons.

"The project is based on a similar pool in Athabasca, and that is not an Olympic size," said Lac La Biche County acting CAO Ken Van Buul.

Olympic-size swimming pools have 50 metre-lengths, and can be used for international competition. Competition-size pools, like the one in Athabasca, must be at least 25 metres in length in order to host sanctioned swim meets. The current Portage Swimming Pool in Lac La Biche — a 30-year-old structure — is just less than 25 metres in length, which has restricted the local swim clubs from hosting sanctioned events. The new pool was created with that restriction in mind.

In a conversation last week with Alberta Infrastructure Minister Prasad Panda, a comment made about the project was misheard by the interviewer as a reference to Olympic size. A similar misinterpretation was made from comments made by Fort McMurray-Lac La Biche Laila Goodridge in the same conversation. While Fort McMurray's Suncor Community Leisure Centre is another regional facility that hosts sanctioned swim meets, it features an Olympic-size swimming pool.

Lac La Biche County's communications manager Jihad Moghrabi says that although there are some suggestions for amenities within the 30,000 square-foot aquatic centre project, public consultation will be a determining factor in exactly what features will be offered inside the facility.

The new aquatic centre is expected to be ready for use by early 2024.

Junior Forest Wardens in Lac La Biche
Oct 18, 2020 3:22 PM
Comments
We welcome your feedback and encourage you to share your thoughts. We ask that you be respectful of others and their points of view, refrain from personal attacks and stay on topic. To learn about our commenting policies and how we moderate, please read our Community Guidelines.