Portage Voyageurs Preparing for the second half of season

The Portage College Voyaguers are in their off season with their last game being on November 30 against the University of Alberta Augustana.
0
Dec 19, 2019 10:45 AM By: Bianca Mazziotti 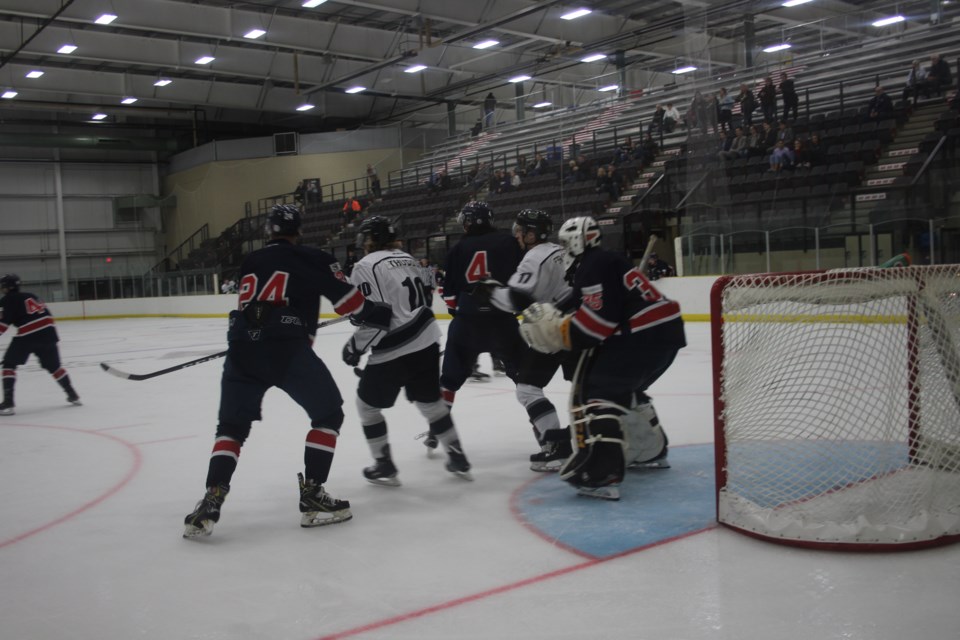 The Voyageurs have had a lot put in front of them in the first half of the ACAC season. They're hoping to get through it in the second half.

The Portage College Voyaguers men's hockey team is in the midst of an extended off-season over the holidays — that started after their November 30 loss to the Augustana University Vikings. Their next game isn't schueduled until January 10 as the Alberta Colleges Athletics Conference resumes after the holiday break. The 40-plus day break from league action is offering Voyageurs' coach Nate Bedford time to think about his team's progress

The Voyaguers are on a 14 game losing streak since the season began in October, and Bedford is not blind to what the team needs to work on.

“As far as what particular things we need to do, I think gain experience, show up, and practicing every day - hard. We need to play games extremely hard and gain some experience with positive and negative situations and learn how to work through it.”

Bedford has made a few realizations about the team — which has a significant roster of rookie players —  that shows their is true untapped potential.

But it's not all about stamina and skating —  sometimes the physical is easier to fix than the mental. Trying to boost team morale throughout a game, says Bedford, can be challenging, especially when you’re losing.

“It’s kind of like being a rookie in any environment, you’re kind of watching what’s going on around you and you’re more reactive than you are being proactive,” says Bedfrod. “I think that losing can wear you down ,and it can emotionally be really tough. So, I think the mental side of the game is one we tend to focus on a lot.”

“We’ve added three or four new players - new student athletes to the hockey team to give us more competition in practice and prepare us for games. We have to keep moving in the direction that we have. We have really good young men and they can be successful if they keep up with the long term goal, which is to turn this program into a positive one.”

The Voyageurs first game back is a home game against Concordia University on January 10.

Library Con lived up to the fantasy
Jan 18, 2020 3:20 PM
Comments
We welcome your feedback and encourage you to share your thoughts on this story. We ask that you be respectful of others and their points of view, refrain from personal attacks and stay on topic. To learn about our commenting policies and how we moderate, please read our Community Guidelines.