Ashmont School is reporting an increase in cases of COVID-19 confirmed over the weekend. An additional 65 staff and students have been directed to isolate.
Feb 23, 2021 10:40 AM By: Janice Huser 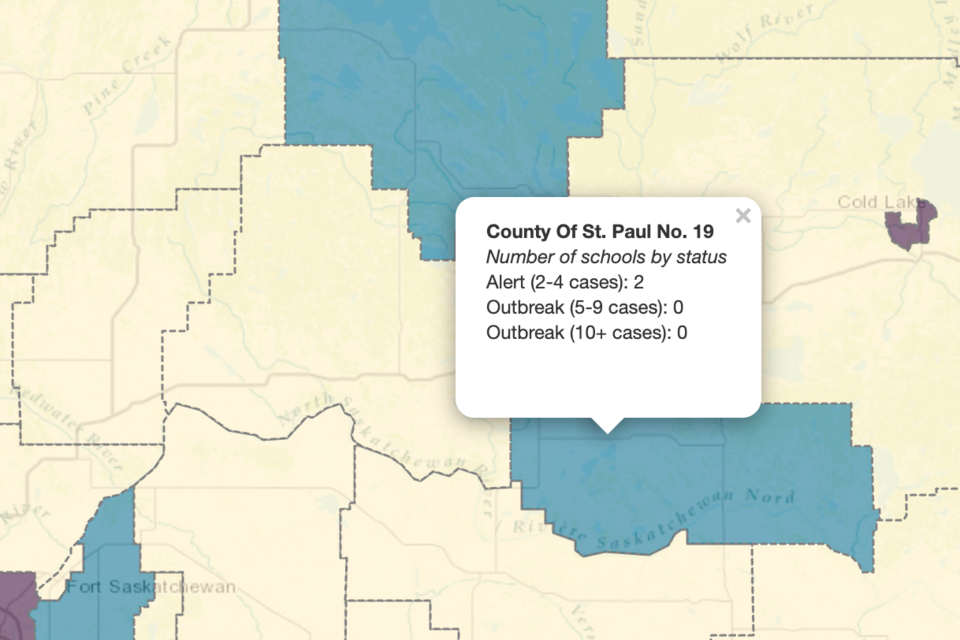 ST. PAUL - St. Paul Education has reported a number of active cases in schools over the past week, with four new cases being reported at Ashmont School over the weekend.

On Monday morning, Brodziak confirmed another four cases had been confirmed at Ashmont School. Although that brings the total number of active cases connected to the school to five, the school had not been given outbreak status, yet.

An additional 65 staff and students were required to isolate following the four cases confirmed over the weekend.

Brodziak confirmed that Ashmont School was still in alert status. A letter from Alberta Health Services (AHS) was sent out to parents and guardians, stating the medical officer of health requested AHS Public Health initiate an investigation at the K to 12 school.

Last Tuesday, AHS sent out a similar letter to parents and guardians at Racette Jr. High School, stating the medical officer of health had requested AHS Public Health initiate an investigation at the Grade 6 to 9 school. The Racette School cases were confirmed through a letter from the school division sent out on Feb. 14.

The letter confirmed "two or more cases" at the school, and the school was put into alert status. If no additional cases occur within 14 days, the alert is taken off.

As of Monday morning, no new cases had been reported at Racette.

Further to the west on Highway 28, Vilna School was also reporting a new case of COVID-19 connected to the school. The school falls within Aspen View Public Schools.

According to a media release from the school division sent our Monday evening, 26 students and five staff members from the school have been directed to stay home and isolate.