Canadiens pull ahead 3-0 in series against Bisons 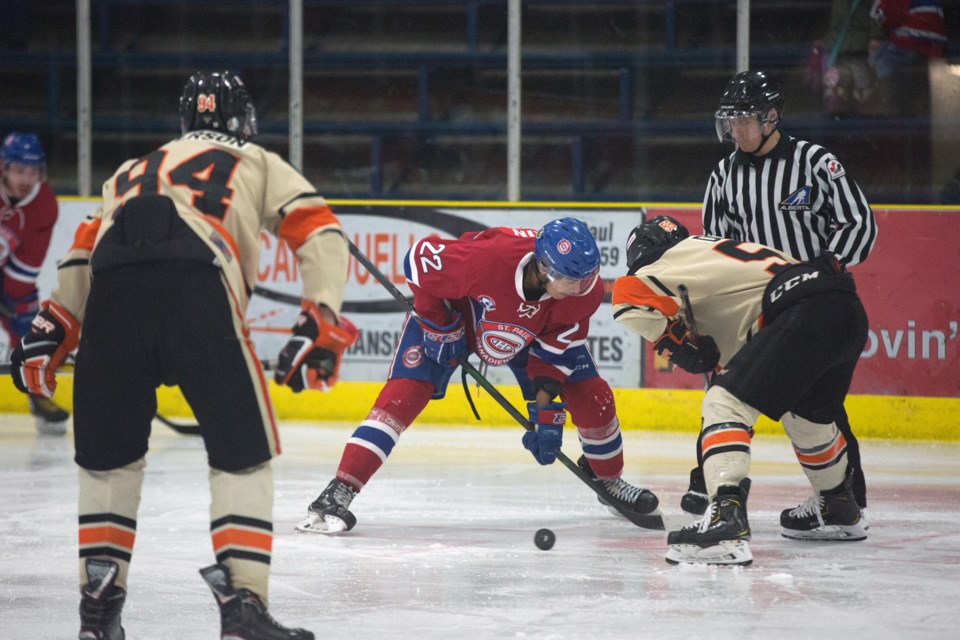 The Jr. B Canadiens will take on the Wainwright Bisons in Game 4 of the second round of the NEAJBHL playoffs on March 6.

ST. PAUL - The St. Paul Jr. B Canadiens now have the opportunity to sweep the Wainwright Bisons at home on Friday night, following a tight 4-3 win on the Bisons' home ice, Wednesday night.

The Bisons finished the regular NEAJBHL season in second place overall, with just six loses on the entire season. The Canadiens went into the playoffs in third place, with eight loses in the regular season. Following Wednesday night's game, the Canadiens have yet to lose a playoff game, sweeping the Lloydminster Bandits in the first round of playoffs in four straight games.

Head coach Shawn Germain said Wednesday's game was a "hard fought battle" and Wainwright made some adjustments in their game.

"I was proud of the way we stuck with it and fought our way back in that game," said Germain. But, the coach acknowledged there is still a lot of work to be done "and we look forward to a really good game on Friday night."

The Canadiens will play game four of the series against the Wainwright Bisons, the league's defending champions, on Friday at the Clancy Richard Arena. The puck is set to drop at 8 p.m.

"Coach Shawn Germain has got the boys playing incredible hockey," said St. Paul Jr. B Canadiens club president Rick Austin. "We are one game away from going to the finals."

He added that as the defending champions, Wainwright isn't going to be defeated easily, and anticipates an exciting game Friday night.

"Let's pack the house and cheer our Jr. B Canadiens to victory."

Friday night will also include a silent auction with game worn jerseys, along with a $1,000 guaranteed 50/50 draw.

Elsewhere in the league, the Cold Lake Ice and Lac La Biche Clippers are battling it out. The Clippers won the first two games of the series, with the Ice taking the third. Lac La Biche battled back and won 8-2 on Wednesday night. The series stands at 3-1 for the Clippers, with Game 5 scheduled for Friday night in Lac La Biche.

According to the NEAJBHL website, the Canadiens are the only team in the league right now with a perfect playoff record, winning all seven games played, so far. The winners from the second round of playoffs will meet up in the final round to determine this year's league champion.

New Peace Officer training program coming to Portage College
Mar 30, 2020 3:29 PM
Comments
We welcome your feedback and encourage you to share your thoughts on this story. We ask that you be respectful of others and their points of view, refrain from personal attacks and stay on topic. To learn about our commenting policies and how we moderate, please read our Community Guidelines.