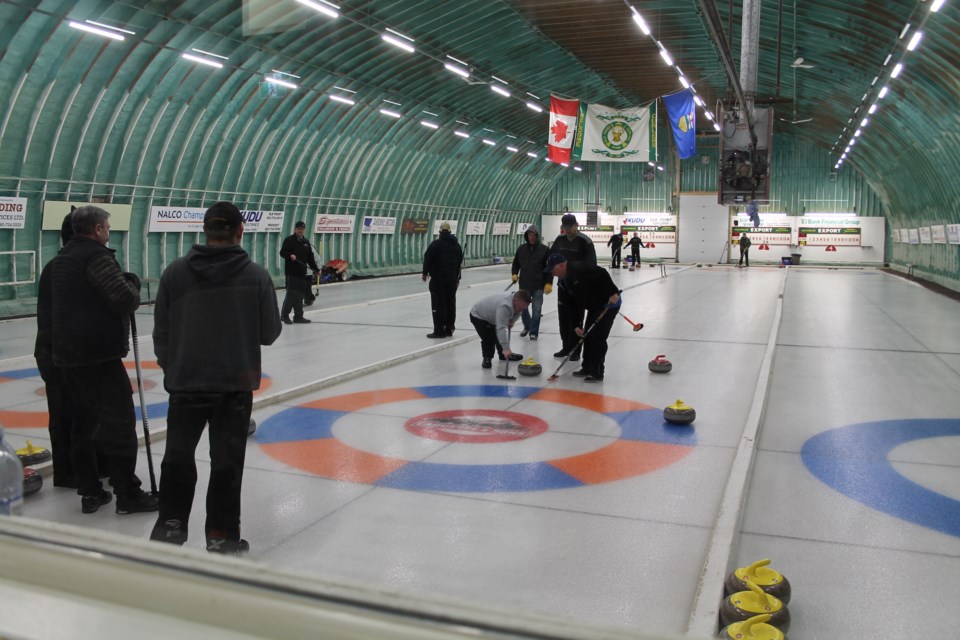 The organization is hoping to secure a $124,012 matching grant through the Community Facility Enhancement Program to install a concrete surface and put new tin on the roof of the aging building. With the curling rink able to commit to $94,086 in funds, labour and donations, the County has agreed to provide $29,925 to offset the shortfall in the matching funds required to qualify for the provincial grant along with a letter supporting the project.

Curling club treasurer Joanne Warawa said the club is one hundred per cent volunteer operated and that includes everything from putting the ice in to day to day janitorial tasks. She said the support from the County would be a “pretty good investment in the community.”

“The building itself is quite old, I’ve heard 1960s to 70s,” Warawa said, adding that a CFEP grant several years ago allowed the club to replace the flooring in the facility, lights over the ice, install a new walkway in the front of the building and upgrade the bathrooms.

There are currently 16 league teams and a junior program with 20 to 30 youth participating, Warawa said. The local high school brings students to enjoy the sport of curling as part of the physical education program. Two bonspiels are generally held each year, with the Oilmen’s Bonspiel being the “bread and butter” for the club’s fundraising initiatives.

“The last couple of years it hasn’t been great with the oil patch the way it is,” she said. “We try to do crib and curl nights to make up a little bit more revenue which has actually brought in some new people.”

The existing sand base under the ice makes for a significant amount of work necessary to install the ice at the start of each season, taking anywhere from three weeks to a month to do, with volunteers working multiple times a day to get it completed.

“One end of the ice has six inches on it, and the other end is barely above the pipes. The water will just flow out the sides if it’s not frozen right.”

Warawa said the ice surface is a deterrent for the more competitive curlers. She said installing concrete for the base would result in better, more even ice and would likely see a return of those curlers who are now currently playing in Bonnyville or Marwayne who are looking for a better quality of ice.

“We want to keep the interest up and be able to compete with towns around us,” she said. “If we can the concrete and get the ice in earlier, and we can host more bonspiels and get more people in it’s just going to translate to maybe more revenue.”

Coun. Darrell Younghans asked Warawa if the club had approached the Town of Elk Point for funding support. Warawa said the Town covers the club’s annual insurance and does not charge for water usage. She expressed the opinion that she did not feel there was an option for funding support from the Town at this time.

“From watching meetings and stuff, they’ve pulled a lot of funding from rec so I didn’t expect to receive anything there. They are going to give us a letter of support, hopefully.”

“The trough is empty, is what you’re suggesting,” Reeve Steve Upham said.