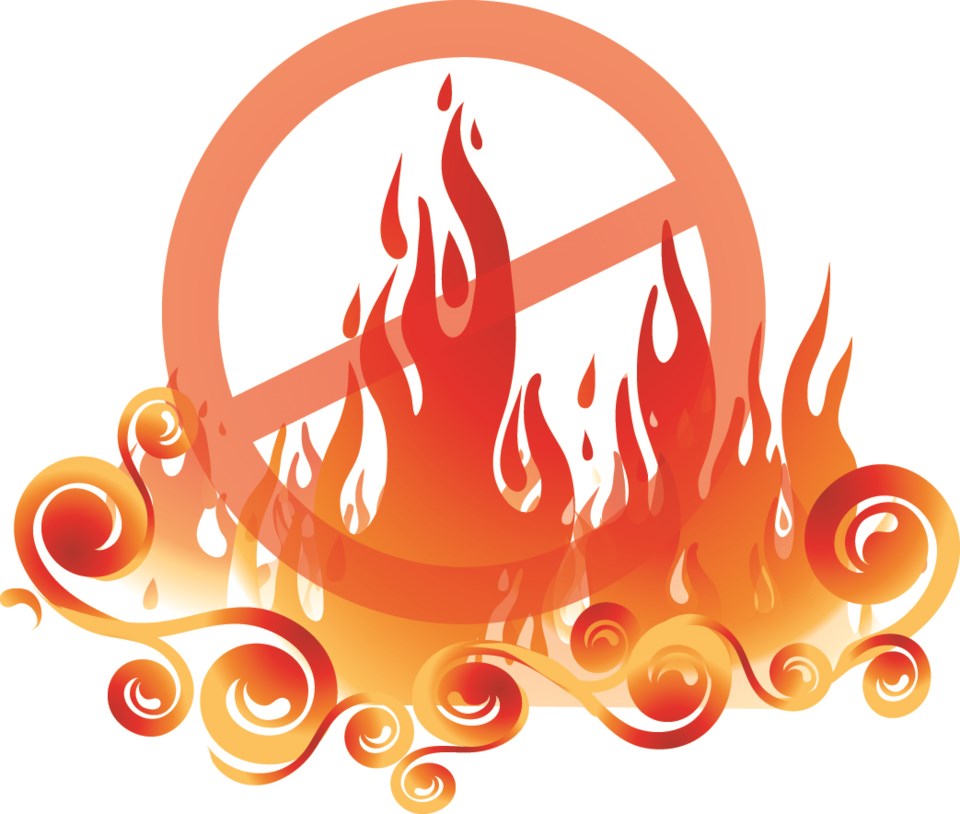 A fire advisory in the County of St. Paul was put into effect on May 6, while the MD of Bonnyville has been under a partial fire ban since April 28.

St. Paul Fire Chief Trevor Kotowich confirmed that effective 4 p.m., on May 6, the County of St. Paul was under a fire advisory.

"We encourage everyone to be responsible while enjoying their outdoor fire. Never leave your fire unattended, and make sure your fire is out when you leave it," reads the media release.

A fire ban is also in place in Saddle Lake Cree Nation, as of April 27.

A partial fire ban is in place for the MD of Bonnyville, which means small backyard fires and campfires in designated pits are still allowed.

The fire ban prohibits the use of fireworks, burning barrels, charcoal briquettes, turkey fryers, tiki torches, exploding targets, and all open fires, including those in random camping areas.

"All fire permits are suspended, and no new fire permits will be issued. The fire ban does not apply to cities and towns," according to the M.D. of Bonnyville's media release.

Fire bans, fire restrictions and fire advisories are in place throughout much of the province. For up to date information on fire bans throughout the province, visit www.albertafirebans.ca

Cold Lake RCMP seek to identify Mach 1 break-in suspect
May 27, 2020 2:44 PM
Tough questions coming for Lac La Biche Main Street businesses
May 27, 2020 1:55 PM
Comments
We welcome your feedback and encourage you to share your thoughts. We ask that you be respectful of others and their points of view, refrain from personal attacks and stay on topic. To learn about our commenting policies and how we moderate, please read our Community Guidelines.