GALLERY: Remembrance Day service in St. Paul attended by many

The St. Paul Remembrance Day service was back to its pre-pandemic schedule on Nov. 11, 2022.

After two years of shorter outdoor ceremonies held due to the pandemic, this year's event was back to its pre-pandemic set-up. An outdoor parade, lead by Comrade John Yakimec, made its way past the nearby cenotaph before everyone headed inside.

St. Paul Legion president Connie Landsiedel greeted everyone in attendance, with the program moving into the singing of O Canada, followed by the Last Post being performed by Sgt. Bob Harper CDI, followed by two minutes of silence.

Other acts of remembrance also took place, including a prayer by Father John Lipinski, and the laying of wreaths ceremony, which included Silver Cross Mothers Kathy Kutryk.

Amazing Grace was sung by Rollie Poitras and accompanied by Calvin Vollrath.

Then, special guest speaker Colonel Joshua Kutryk was able to speak to the audience for about 30 minutes, thanks to a virtual live stream. Joshua is a Canadian astronaut and was in Houston, Texas.

After a few questions were posed to Joshua by the audience, closing ceremonies took place and refreshments were served. 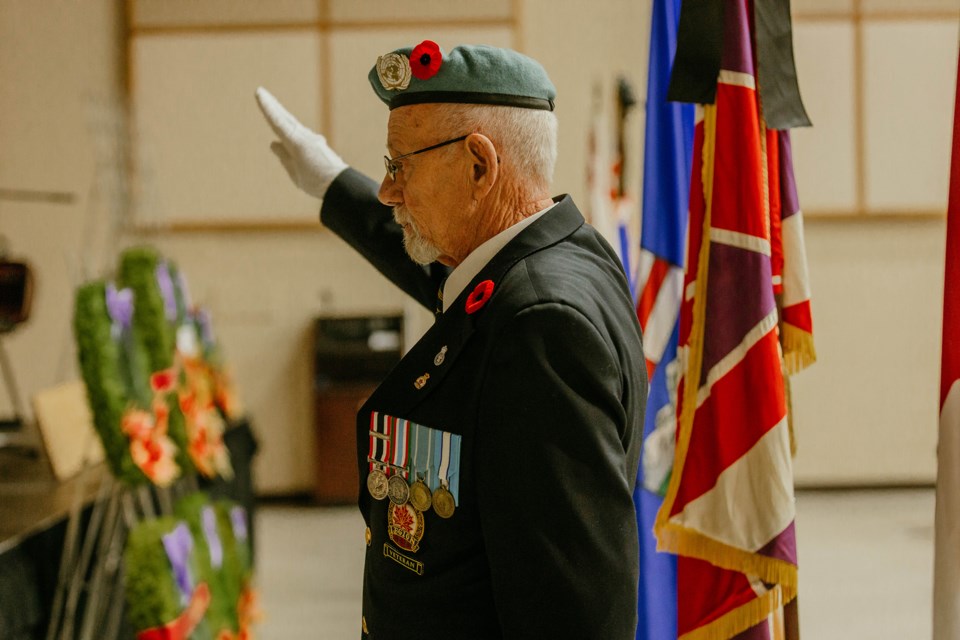