Health literacy in the information age 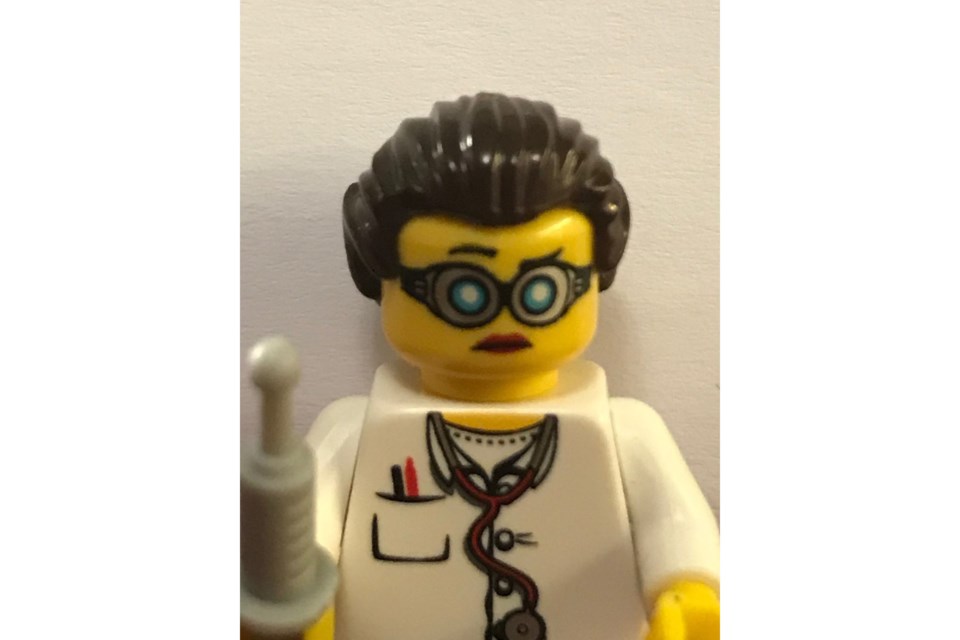 Dr. Christina Sereda is a local doctor who hopes to shed some light on the medical system and patient education.

We live in an amazing age.  Imagine traveling back in time to the 1950s or so and telling your grandfather that someday we would be able to instantly access most of the information, songs, and movies available in the entire world from a tiny handheld device measuring about three by five inches.  He would probably look at you like you were crazy (What do you mean, you’re going to be able to SEE the person you’re talking to on the phone?) and tell you to get a haircut and patch the holes in your jeans already (What do you mean, that’s fashion?  Now quit yer yapping and let’s get back to walking up this hill, because we have to do it again on the return trip.).

Indeed, instant access to copious amounts of information sounds like a good thing, but it can have unintended consequences in terms of information overload/fatigue and the spread of misinformation.  Back when I was a kid, urban legends were spread on the playground by the older kids (Did you know that if you eat Pop Rocks and then drink pop, your stomach will explode?  That happened to my brother’s friend.).  Now, those kinds of stories are a bit more sophisticated and they are spread on social media.

The current COVID-19 pandemic is unprecedented, but not unique to the history of humans.  However, what is very different about this pandemic (compared to, for instance, SARs in 2003—I had the Nokia “pay as you go” brick of a phone at the time; that was ONLY a phone and had one game: Snake.  Facebook and Twitter were years away yet.) is the rate and volume of information being disseminated about it.  I am not going to go into a discussion about COVID-19 here.  Any details I write about it are going to be outdated by the time this article goes to press.  The best we all can do is check the Alberta Health Services website frequently for the latest official updates and heed the recommendations of our public health officials/Medical Officers of Health.

First, consider the source.  If it is an article, who wrote it?  An expert in the field?  It is probably a good bet that the information inside a book on black holes and the universe by Stephen Hawking is accurate because he was a theoretical physicist with a PhD from Cambridge and dedicated his life to the study of that particular field of science.  A blog about vaccines by an “actress”?  Hmmm.  Was she a research scientist off the set, doing well-conducted, epidemiological studies on a large sample group?  No?  Well, let’s read what some peer-reviewed scientists have to say about this topic (Peer-review means that scientists/doctors have looked at the data that other scientists/doctors have generated and critiqued it before publishing it.).  Look for lists of credentials by authors such as degrees earned and other publications.

Next, consider the motivations of the source.  Is the person writing a paper or article doing it because they are excited to share their findings with other people and wish people to be more informed about a topic (i.e. altruistic reasons).  Or, is the person or institution trying to sell something or trying to be accountable to their advertisers?  A study conducted by a university group that is publicly funded might hold just a little bit more credibility than a study conducted by a pharmaceutical company that is trying to sell a drug.  The drug company just might have a bit of bias there, as they want people to purchase the product that they are analyzing.  Indeed, when physicians and scientists attend events where other physicians and scientists are speaking, the presenter is obliged to disclose from where they may have gotten any research funding so that the audience can decide if the speaker is biased or not.

Finally, ask some questions.  Does this claim sound too good to be true? If something sounds too good to be true, it likely is.  What are other people saying about this? If the claim is found via only one source, is it merely that that one source is the first to report and the others have yet to follow suit?  Verify with a few sources to see what others are saying about a topic.  That is, if one news outlet is saying something, what are the other ones reporting?  If the CBC, BBC, CNN, MSNBC, NPR, and Al Jazeera are all saying the same thing, probably what they are reporting is accurate.

Indeed, there are a few ways to filter through misinformation. When it comes to medical websites, ones that have letters like “.edu” or “.org” or “.gov” in their URLs TEND to be a bit more reliable than ones that have “.com”. Seeing a lot of spelling mistakes or grammatical errors on a webpage is a bit of a red flag.  Some reliable websites have a certification on them that may help determine that the information provided is valid.  One such certification is from the Health on the Net Foundation or HONcode.  Look for a logo from this organization on the webpage.  And certainly, you can ask your family physician about the validity of things you may read.  There are some doctors who essentially study research studies and piece together guidelines for other physicians.  I call these doctors über nerds (über from the German meaning over/above, and not the ride share, okay?) and I have the utmost respect for them.

Searching through information and figuring out what is valid and what is bovine fertilizer can be daunting, but with a bit of skepticism and practice, it gets easier.