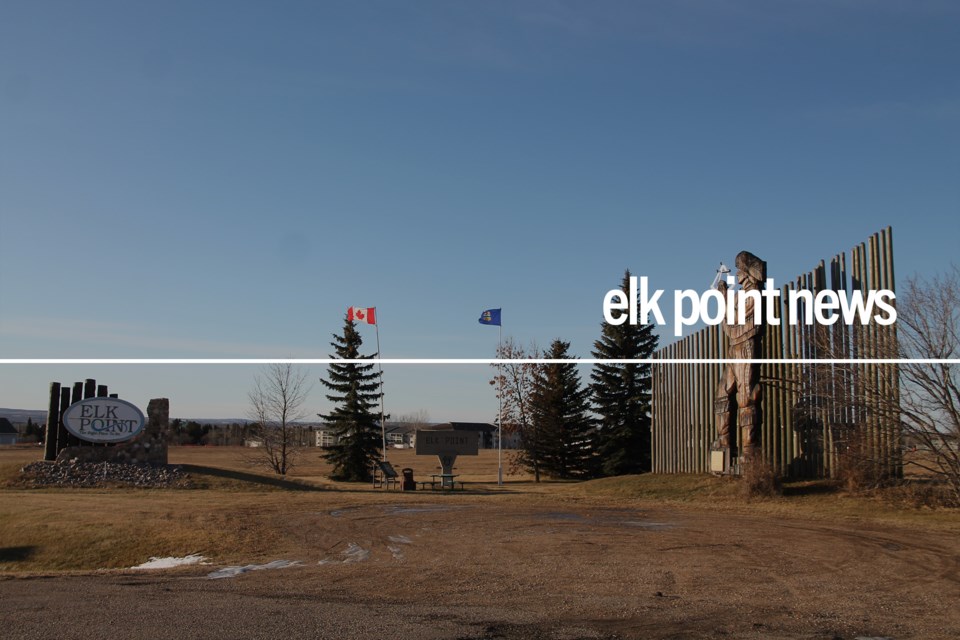 ELK POINT - The Town of Elk Point’s administration office will soon be served by high speed fibre optic internet and a voice over internet telephone system, with council approving a five-year lease at their Sept. 14 meeting after a presentation by three Telus representatives.

Craig MacKay told council that Telus would waive the $20,000 cost of installing a dedicated fibre connection to the administration building that will solve the town’s Internet problems, and can offer a Cloud-based telephone system with installation and training at no up-front cost. The change would also reduce the town’s current $2,139.16 per month phone and internet bill to a proposed total of $1,535.58 per month, McKay said, with Mayor Lorne Young replying that the change was “priced in a way that looks very appealing.”

Other features were outlined by fellow Telus representatives Shonal Odedra and Joel Muir, and included toll-free calling across North America, conference calls, faxing that could be sent and received by computer, saving on paper, and in-depth training that is part of the package.

The offer was contingent on construction before freeze-up, MacKay said, “and we would like to have your decision by the end of the month.” Normally, he noted, the installation process takes six to eight weeks, but with a prompt decision, could be done prior to the ground freezing.

The administration building also will require rewiring to accommodate the new service, and CAO Ken Gwozdz assured council that the funds for that are in the operating budget.

Another up front cost will be paying out the current Internet provider for the remaining months of the contract, which Gwozdz said will be covered by the amount the town will save in a single month.

“This takes the cost of fibre off the town’s plate, and will give us better service,” Coun. Debra McQuinn noted.

The Alberta Government has allocated $172,598 to the Town of Elk Point under the Municipal Stimulus Program (MSP). After receiving an outline of eligible projects from the town’s engineering firm, administration identified two potential projects, the first being a paving overlay on 58 Ave. and sidewalks on 48 Ave., the second being fibre installation in the new phase of the industrial park. Gwozdz told council that pavement patching on 52 Ave. and Ravine Drive was not eligible under the funding criteria.

Quotes received from Bluesky Coatings for the first totalled $132,500 plus GST, while a quote from Axia for the fibre installation came in at $331,396, prompting council to direct administration to contact MPE Engineering to apply for funding for the paving overlay and sidewalks. Council also approved revisions to the 2020 capital budget to accommodate the changes.

Elk Point has a new Unsightly Premises bylaw, providing clarity and direction regarding enforcement and including additional clauses that include dumping of material, growth of trees interfering with visibility and definition of a reasonable state of disrepair. The new bylaw, which follows the County of St. Paul’s unsightly premises bylaw and pertains to both residential and business premises, also empowers the bylaw officer to issue violation tickets under the Provincial Offences Procedure Act.

All three readings were passed at last week’s meeting.

Later in the meeting, council agreed to void municipal tickets issued for an unsightly premises that has now been cleaned up as required.

Animal control also falls under the duties of the bylaw officer, but a proposed animal trap rental agreement brought to council was tabled to the public works meeting when the requirements for a person renting a trap did not sit well with councillors.

Franchise fee forecasts were received from both ATCO Electric and AltaGas Utilities.  The ATCO franchise revenue for 2020 is estimated at $73,750, increasing to $77,800 in 2021 at the current rate of five per cent, and council directed administration to advise ATCO that the rate will remain the same for 2021.

In response to a request from the Alberta Council on Aging, Mayor Young proclaimed October 1 as the International Day of Older Persons in Elk Point.

Gwozdz told council the application has been changed for the $50,000 Municipal Asset Management Program grant, which will be used to develop an infrastructure assessment of the town’s sewer system. The application will be made through MPE Engineering and Public Works superintendent Jay Duffee noted that this would give his department a better look at root intrusion, cracking and other problems.

Bylaw Enforcement Officer Tammy Goddu gave her monthly report, with notices issued for unsightly conditions, grass cutting and overgrown trees, as well as unregistered animals. Goddu says that garbage cans left on the street are an issue, with Duffee noting that the containers are a problem when sweeping and snow plowing Elk Point streets. The garbage bylaw includes a timeline for residents to return garbage receptacles to the property following garbage pickup.

Duffee says his department is “concentrating on getting ready for winter, whether we want to or not.”  This includes winterizing and testing hydrants. Root removal from sewer lines has been done, and the department is testing a new root killer product that could help eliminate the problems. Culvert and catch basin cleaning is also underway.

Duffee attended the Alberta Care conference in Pincher Creek and found it provided “a wealth of information.”

The summer students have completed their season, leaving  “a big hole in my small crew,” especially since two of them were back for another year and provided experienced help.  The spray park experienced pressure issues that affected the controls, and Duffee has asked for a quote on a pressure reducing valve, piping and solenoids that can remedy the problem for next year.