Lac La Biche County and Wood Buffalo neighbours are top of COVID case rate list
May 3, 2021 7:28 AM By: Rob McKinley 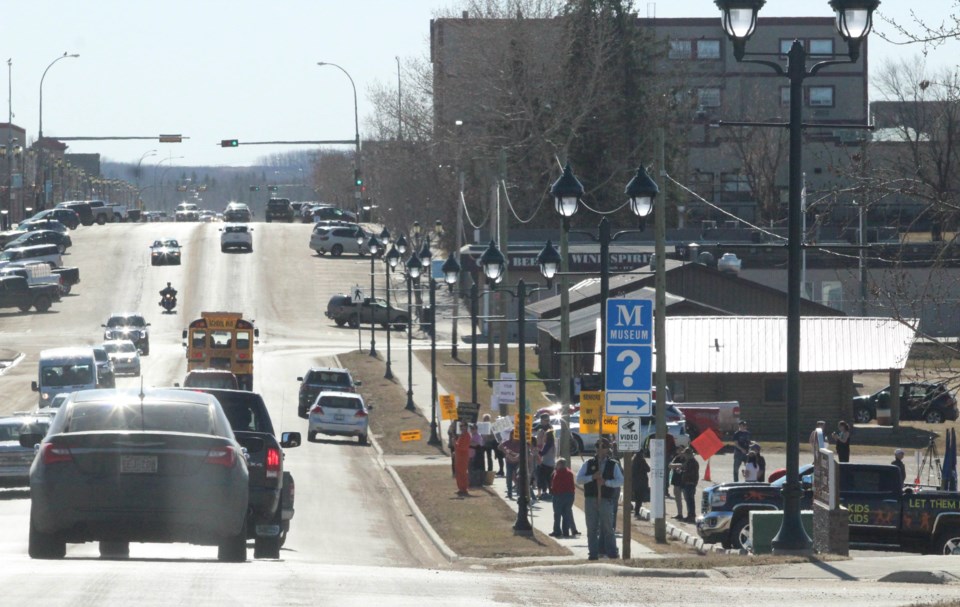 In just two weeks, Lac La Biche County went from single-digit cases to more than 100, and a second-place ranking for most cases per capita in Alberta. Rob McKinley

Late last week, provincial health officials brought in new, enhanced measures in several provincial 'hot spot' regions to combat the significant increase in COVID-19 cases across the province.  Nine 'hot spot' regions have been identified, based on active virus rates of more than 350 cases per 100,000 people and 250 active cases. In each of the 'hot spots', students in Grades 7-12 are returning to online learning, all recreation and activity centres are again closed and no indoor sporting or performance activities are allowed. As of Monday, the 'hot spots' included Edmonton, Fort McMurray, Red Deer, Grande Prairie, Airdrie, Calgary, Lethbridge, Strathcona County and St. Albert.

As of Sunday night, only two of the province's 142 municipal regions had case rates higher than 1,000 per 100,000 population — Lac La Biche County and the Regional Municipality of Wood Buffalo.

"I think we got too comfortable," said Moghrabi on Sunday, recognizing that two weeks earlier, the community of just over 10,000 people had only four active cases.

A strong advocate of pandemic measures, the mayor said there have been too many excuses and not enough reliance in science. Taking recent criticism himself for attending a politically-motivated meeting with neighbouring municipal leaders in a restaurant that was purposely not following provincial pandemic guidelines — and catching national media attention for it — the mayor accepts the criticism, but says politics can no longer get in the way of health and well-being.

"I think that in the past the politicians have been trying to please both sides of this, and that is a difficult thing to do. This is no time to be playing politics," he said, committing to push community members to "listen to the scientific and medical experts."

"We have to follow the science and the health directives," he said.

Moghrabi says he continues to follow protocol measures, encourages others to do the same, and has been vaccinated — All to help him continue the role of a municipal leader doing an essential service.

With the numbers on the rise — and the Lac La Biche community near the top of the pile — he sees the role being as essential as ever.

"We need to get as many people as possible getting vaccinated, listening to the experts and following the best health measures," he said.

The mayor is also suggesting that residents re-think travel outside of their community and taking part in group activities — still activities allowed under current guidelines for the area.

The municipality does have an administrative COVID Committee that is well-aware of the growing numbers of active local cases. Although he doesn't sit on that committee, Moghrabi said he's kept up to date on what is happening. Municipal officials are also in regular contact with provincial health officials.

Moghrabi expects the local committee to be discussing the recent case increases at their two upcoming meetings this week on Monday and Friday.

Wood Buffalo in state of emergency

In the Regional Municipality of Wood Buffalo, active case rates are currently at 1,700 per 100,000 population. On April 26, officials from that municipality, the northern neighbour to Lac La Biche County, declared a State of Local Emergency to combat their growing COVID numbers.