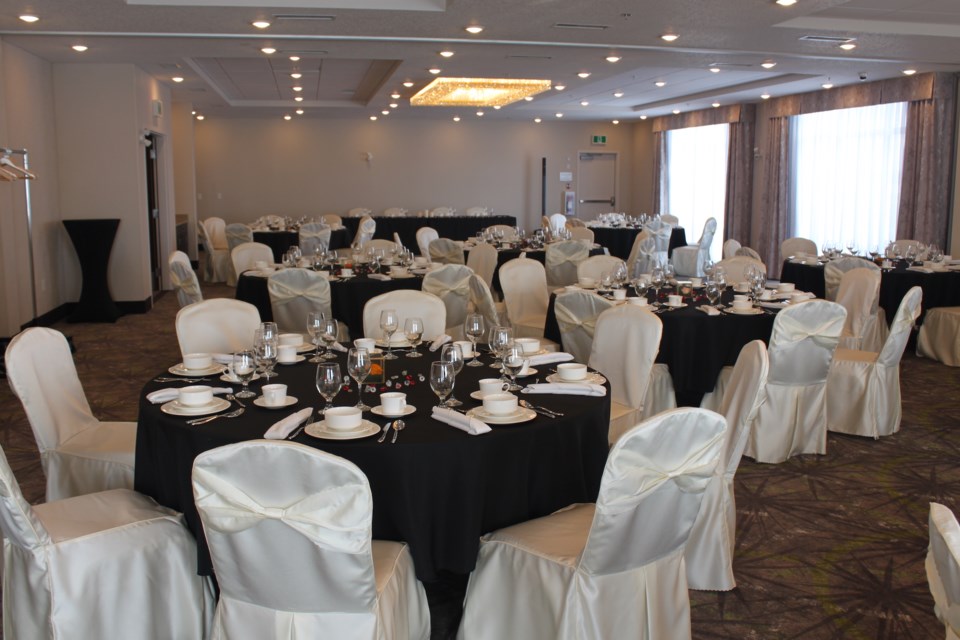 Opened in the spring of 2018, the Hampton Inn by Hilton has been purchased by Canalta Hotels and given a new name.
ST. PAUL - The Hampton Inn by Hilton in St. Paul, which fell into receivership a year ago, has a new owner and a new name. Canalta Hotels has confirmed it has purchased the 78-room hotel which opened in 2018 and is rebranding it as The Landing Hotel & Conference Centre.

“We are excited to continue to invest in St Paul and the Lakeland region with this beautiful new hotel and amazing conference space,” said Canalta Hotels’ vice president Brooke Christianson in a statement to Lakeland Today. The company also owns the Canalta St. Paul hotel in the community.

Headquartered in Drumheller, Canalta Hotels is a family-owned Canadian company founded by Cam and Sharlene Christianson who, together with their sons Brooke and Blair, operate 40 hotels in western Canada.

“The hotel was rebranded as The Landing Hotel & Conference Centre to help connect and support the unique history and tourism approach in St. Paul. Our team wanted to have a fun new name that made sense for this location and after looking at the UFO Landing Pad it was decided we needed to find a way to integrate it into the property,” reads the statement.

“We are looking forward to be able to offer our legendary guest service at both hotels in the community and have another great reason to come visit St. Paul. The Landing Hotel and Conference Centre has all the space to support both the local and regional needs as life returns to normal in Alberta.”

Elsie Kiziak will continue in her role as general manager of the four-floor hotel, which features a swimming pool, fitness centre and 3,700 square feet of conference space.

“I’ve lived around Lakeland region most of my life and am looking forward to meeting all of our guests and seeing all the familiar faces from the area.”

The Hampton Inn was originally built by Charity Developments Ltd., a for profit fund-raising avenue focused on developing social enterprise for the St. Paul Abilities Network (SPAN). It was officially opened in May 2018.

The hotel was by far the largest business venture undertaken by Charity Developments for SPAN. It was seen by the organization as an important step in moving towards self-sufficiency, providing employment opportunities for people with disabilities and funding to support SPAN programs, while reducing the organization’s dependence on government funding.

The collapse of the venture was revealed in early 2020 when Charity Developments ceased operations and the hotel was put into receivership with its biggest creditor, the Business Development Bank of Canada (BDC) being owed just shy of $7.4 million.

Colliers Hotels was retained by court appointed receiver BDO Canada Limited as the exclusive agent for the sale of the property. The purchase price has not been made public.

While the final construction cost of the hotel was never publicized, court records do indicate “SPAN invested some $6-7 million in the development of the hotel, in addition to the proceeds of the loan” from BDC. SPAN is also noted as being the “largest unsecured creditor of the company” Charity Developments Ltd.

In its January 2021 report to the court, prior to the sale of the hotel being finalized, BDO Canada Limited did not anticipate “sufficient realizable proceeds to result in a distribution to unsecured creditors…”