'I just wish everyone could understand what the monument stands for, and show it the respect it deserves'
Oct 14, 2020 1:40 PM By: Janice Huser 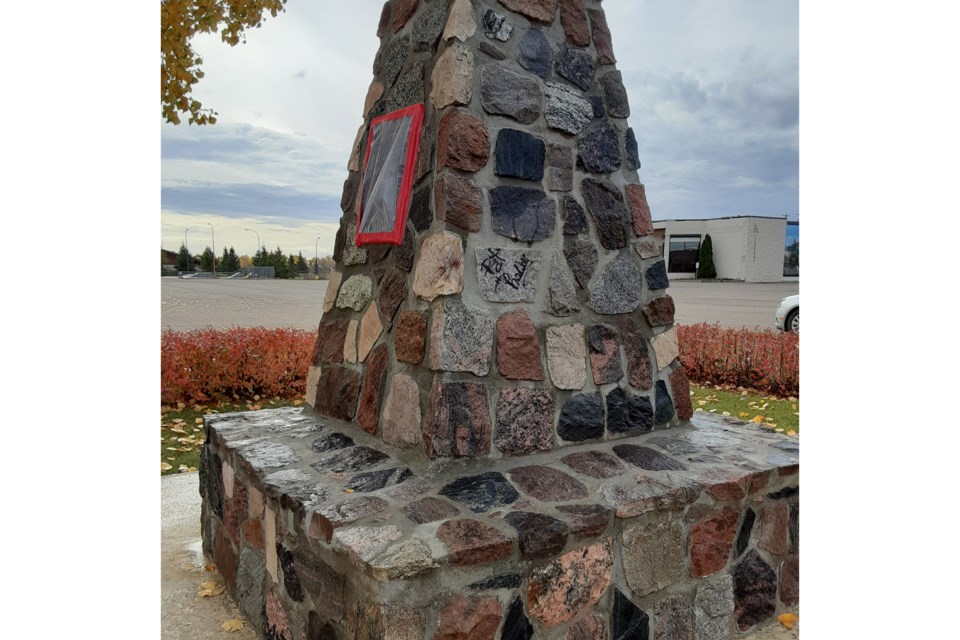 The monument located near the St. Paul Rec. Centre was recently vandalized. The St. Paul Legion has been working hard to fix the monument after it was damaged in 2018. Photo supplied.

The St. Paul Legion has been working hard to restore the monument, after it was damaged in 2018. Legion member Russ Whitford says he was going to put a special coating on the monument that would help if graffiti ever had to be removed, but he was too late.

Repair of the monument began in April of 2019, when the damage was discovered after the snow had melted. The foundation and disassembly was done in 2019, then the stone work was completed this past summer.

The graffiti was discovered Thursday, when Whitford went to apply a sealer to the monument. The graffiti has been removed.
"I just wish everyone could understand what the monument stands for, and show it the respect it deserves," said Whitford.

The monument recognizes the sacrifices made by local veterans.