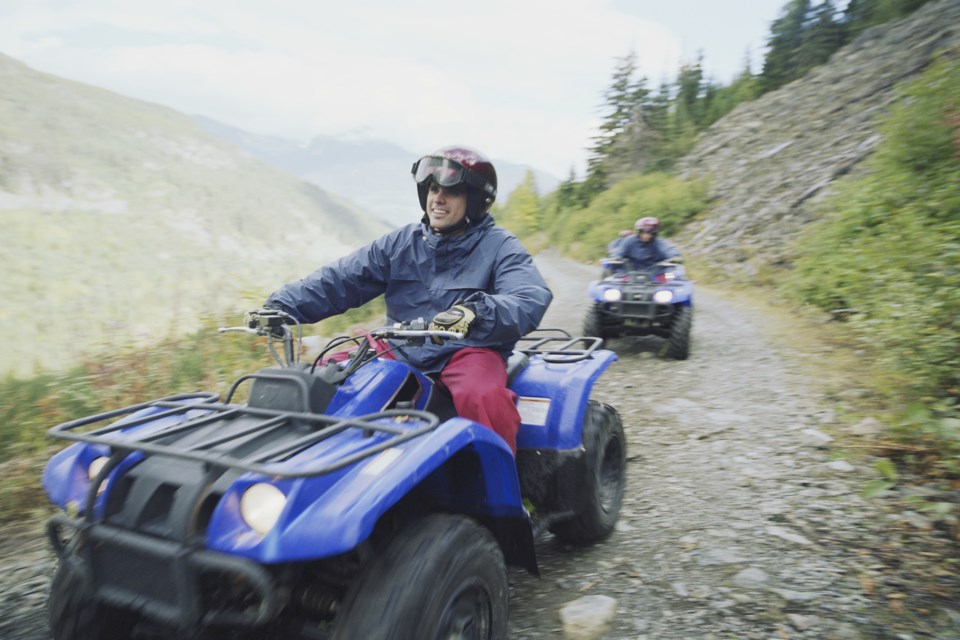 File photo
Albertans have until Jan. 15 to give their input on outdoor recreation and trails on Crown land in the province as the government moves ahead with developing what it describes as a “common sense approach” to management of public lands.

Alberta’s Crown Land Vision was released to the public in November by Minister of Environment and Parks Jason Nixon. The document is a follow-up to the UCP’s promise to “modernize” management of the lands that encompass approximately 60 per cent of the province.

“Alberta’s government committed to modernize the system to better manage multi-use public land in the province. We are seeking the public’s input on how policies can better protect our Crown lands while balancing economic activities, recreation and other uses. This important feedback will ensure our approach considers the need to manage these lands responsibly with the many ways Albertans use and enjoy them,” Nixon said late last month, extending an invitation to Albertans to share their ideas for sustainable outdoor recreation.

People can complete the survey online and also provide comments by going to Alberta.ca and searching - sustainable outdoor recreation engagement.

The province says this public engagement is just the beginning as it gathers ideas to “ensure outdoor recreation on Crown land is funded and managed sustainably now, and into the future.”

However, the way forward will not be without its challenges as user groups access public land for a variety of reasons and not all are on the same page when it comes down to how the resource should be used.

Alberta Fish & Game president Brian Dingreville has been extensively involved for more than a year in having input along with other user groups into recreational use on a vast area of public lands, specifically in the Crowsnest Pass - foothills area of the province, including the Castle Provincial park and wildlands areas, Livingstone Porcupine Hills, Beaver Creek and Bob Creek wildland areas. He admits the process has at times been frustrating.

There are a number of user groups involved in consulting with the current government on a management plan developed under the NDP government in the southwest region of the province. He said the terms of reference of the initiative saw them come together with a view to an equal share of recreational access, particularly trail access, but he said as time goes on he’s seeing a shift towards “closing out more to the hunter and the angler” and also to off-road vehicle access in that region of the province.

“Our position has been where we want to have access to be able to retrieve our harvest and … it’s been a fight.”

While he said he applauds the efforts of the government of the day, and in particular the Environmental and Parks staff in their involvement in addressing this particular management plan in that area, he is also of the opinion that Fish & Game’s position has been “watered down” through the process.

“Our association is represented by the 20,000 members who cherish this land. We are not there to abuse it in any way shape or form. We are there to be able to access it and enjoy the area as we have done in the past. Unfortunately, the previous government took the initiative to just close it down to us,” Dingreville said, with the challenge now being to regain access.

“There are groups that are more on the total demand of everything their way and that’s been frustrating.”

St. Paul Fish & Game president Dave Doonanco said it is a good idea for the government to take a look at its policies as they relate to Crown land management in Alberta.

“Getting public input is also a good step in helping to give direction as to how Albertans see Crown land management in the future. I am trusting that the public's input will be taken into consideration when new updated policies are put in place as we saw with the fisheries management public input process.”

Meanwhile, St. Paul area farmer Don Shepert is giving a heads up to ranchers to engage in the process, especially if they use grazing leases on public lands. He encourages them to take the time to respond to the government’s survey.

“The survey on vision for Crown land includes grazing leases. It is imperative that cattle people fill this out in hopes of preserving the vision of keeping cattle on these leases.”