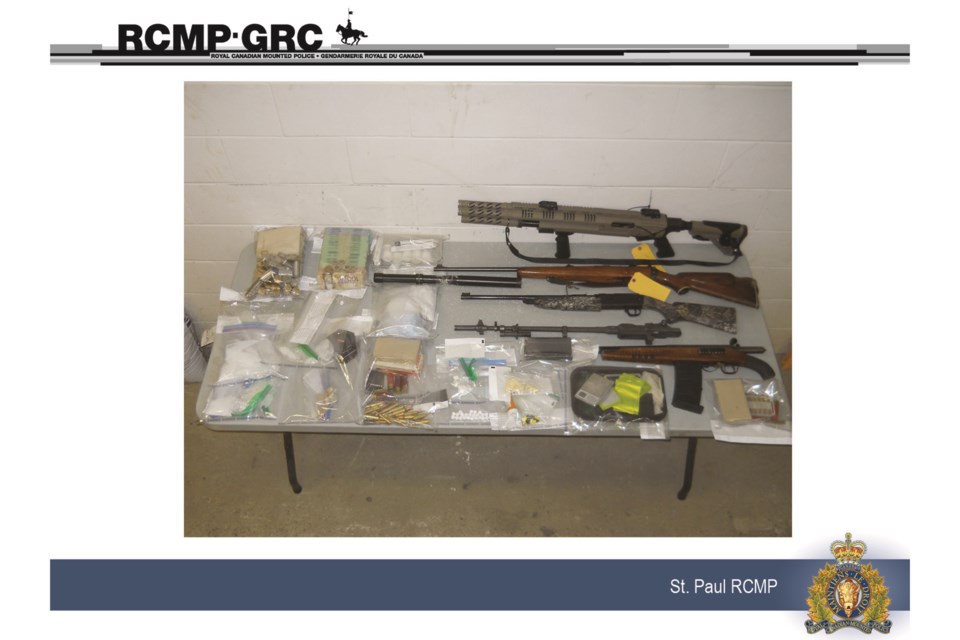 According to RCMP, the investigation resulted in the execution of a search warrant at a residence in Saddle Lake where the drugs and cash were found. Help from the RCMP Emergency Response Team (ERT) and Police Dog Services (PDS) during the execution of the search warrant was required when a suspect male would not exit the residence, and a short standoff ensued. The suspect was eventually arrested inside.

A search of the residence resulted in the seizure of about 230 grams of methamphetamine, 270 grams of cocaine, and 37 grams of fentanyl. Nearly $50,000 worth of cash was also found, along with three firearms.

“The execution of this search warrant, seizure of drugs, money and firearms was a success,” said Sgt. David Graham, St. Paul Detachment Commander. “All precautions were taken for the safety of the community and our officers.”

Robert Faron Favel, 39, was charged with multiple offences, including:

Favel was remanded into custody after a judicial hearing and will be appearing in St. Paul Provincial Court on Sept. 24.

BONNYVILLE RCMP REPORT: Complaint leads to impaired driving charge
Oct 23, 2020 5:00 PM
Comments
We welcome your feedback and encourage you to share your thoughts. We ask that you be respectful of others and their points of view, refrain from personal attacks and stay on topic. To learn about our commenting policies and how we moderate, please read our Community Guidelines.