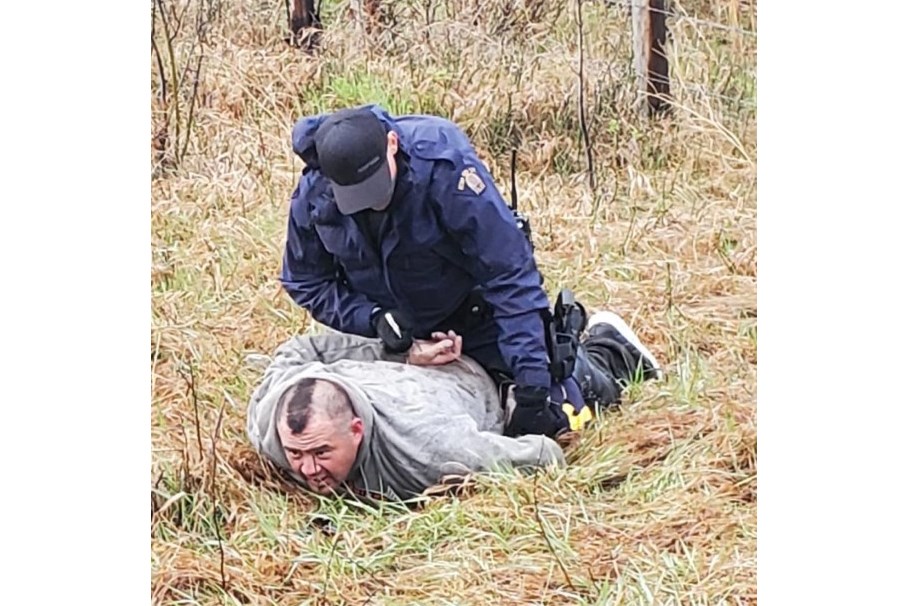 Submitted photo The above photo was submitted by an area resident following a suspect being arrested in a rural area between St. Paul and Elk Point on May 21.

ELK POINT - Elk Point RCMP are saying little at this point regarding an incident that played out in the Shamrock Valley area east of St. Paul late yesterday afternoon and into the evening with local property owners capturing a suspect stealing a quad and holding him until police arrived on scene. The man is believed to have been one of two suspects who earlier abandoned a vehicle in the area which was being tracked by St. Paul RCMP.

Sgt. Dave Henry confirmed Friday morning that one male suspect was apprehended by a private citizen or citizens and is in custody. Charges have not yet been sworn and so a name will not be released until that occurs, which is expected to be done today (May 22).

The RCMP canine unit was brought in to track a second suspect with police searching private land and outbuildings in the area into the night. Access to portions of Shamrock Valley Road and adjacent roads were blocked off, according to reports from local residents.

The second suspect was not apprehended, however, Henry said the RCMP do have an identification and now it is a matter of locating the individual. The active ground search in the area has stopped.

Information will be updated as it becomes available.