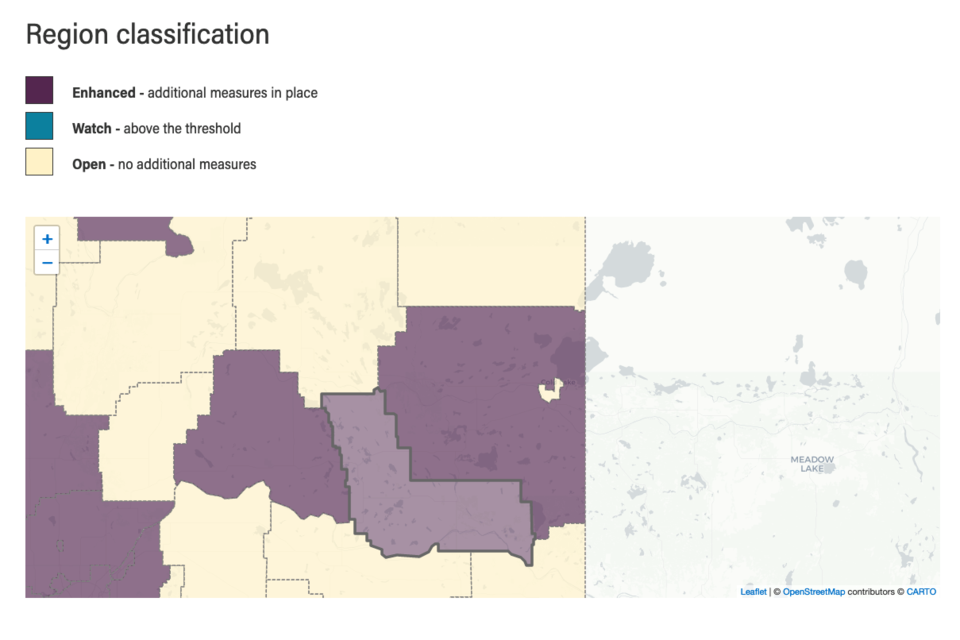 LAKELAND - Premier Jason Kenney is expected to join Chief Medical Officer of Health Dr. Deena Hinshaw and other officials as they provide an update on COVID-19, later this afternoon.

The update is set for 3:30 p.m., Nov. 12. The number of confirmed cases of the respiratory virus has continued to increased over the past week, across the province.

According to the the provincial map, set to the geographic local area, the St. Paul-Saddle Lake area is showing 67 active cases, as of Thursday morning. However, according to a social media post, dated Nov. 11, the community of Saddle Lake has 81 active cases, with one case still in hospital.

The status map now shows much of the Lakeland region in "enhanced" status with additional measures in place. Last week, the province set restrictions around some gatherings to 15 people, as the area was under "watch" status. Smoky Lake County, County of St. Paul, and MD of Bonnyville regions are all under the "enhanced" status, according to the map.

St. Paul Mayor puts out plea to the community

During the Nov. 9 Town of St. Paul council meeting, Mayor Maureen Miller put out a plea to the community, saying, "We know what we have to do."

She noted that she had recently spoken with MLA David Hanson about the area being put on watch.

Miller encouraged people to always wear a mask when out in public, and said she doesn't want to see the municipality put in a position where tough decisions have to be made.

"Follow the arrows, no chitchat . . . and go home," said the mayor, when speaking about people going out into the community.

*Numbers from two different provincial maps were used in this story. All numbers taken from the provincial government's website.