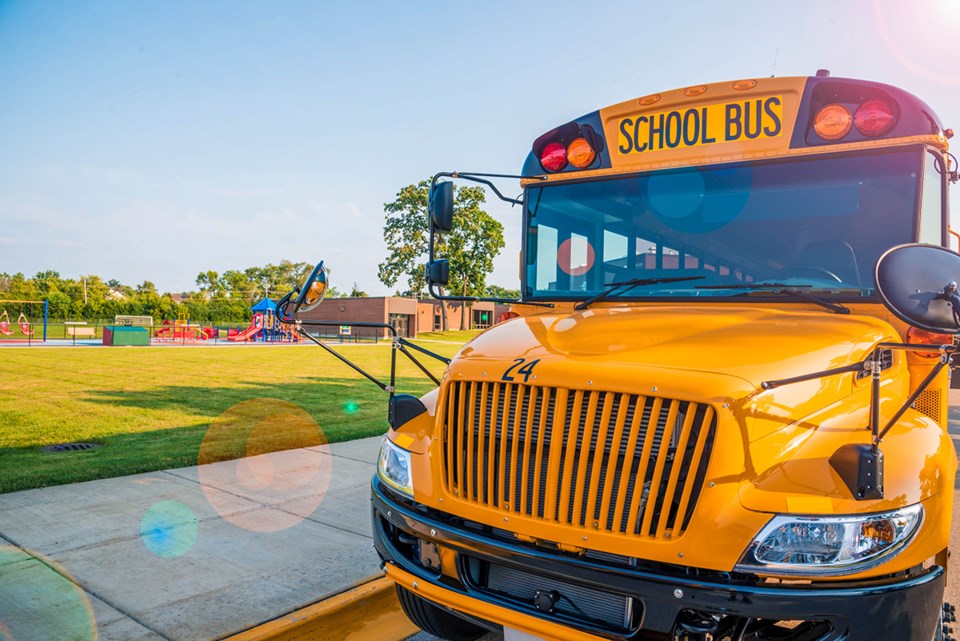 Bus fees - St. Paul Education is considering charging bus fees for in-town riders in the 2020-21 school year. A decision will be made this summer.

ST. PAUL - Parents who send students on the bus within the Town of St. Paul might see a return of bus fees in the 2020-21 school year, regardless of where they live in town.

While St. Paul Education Regional Division (SPERD) has deferred a decision on the topic, Secretary-Treasurer Jean Champagne spoke about the potential of having to reinstate bus fees for in-town busing during the May 20 board meeting.

"We don't take the implementation of fees lightly," said Champagne. But, administration is working to keep transportation self-sufficient, and right now there is about a $10,000 shortfall, even with the assumption of returning to the old rates.

Champagne said he looked to other communities to see what school divisions are charging, and noticed quite a bit of variation. An average of $267 per rider is what he found to be the current cost to parents in other communities.

The previous provincial government passed Bill 1, an Act to Reduce School Fees for the 2017-18 school year, explained Champagne, after the meeting. With this bill, the NDP government at the time had limited the fees school divisions could charge and then provided grant funding, which mostly offset the lost fee revenue.

Prior to Bill 1, all St. Paul town riders paid a busing fee. After Bill 1, the division could not charge any students that lived more than 2.4 km from their school. The division could still charge for those living less than 2.4 km, and for things like rural yard service.
"So, what this meant is that some riders paid for in-town busing and others living more than 2.4 km from their school did not," said Champagne.
For the 2020-21 school year, the fee offset grant is being eliminated and as a result the division will have more flexibility to charge bus fees again. The 2.4 km benchmark is no longer relevant for funding purposes.
"As we are no longer receiving a grant amount to offset the lost fee amount, we are recommending we revert back to the system that was in place three years ago and charge all in-town riders, regardless of distance, a fee of $147. With about 180 busing days, this works out to about $0.82 cents per day," explained Champagne.

During the meeting, Champagne acknowledged there are lots of unknowns because of the current COVID-19 pandemic, specifically around how busing will operate. But, at this time, he would still recommend the division return to charging in-town busing fees.

The division is also looking to purchase two used buses for its own fleet, to ensure it doesn't fall behind in keeping its own buses in good shape. The division operates through a mix of its own buses and contracted bus services.

Board Chair Heather Starosielski acknowledged the division doesn't even know what a fall re-entry will look like at this point. And it's difficult to forecast what things will look like with a possible staged re-entry into schools due to the pandemic. She said she felt the board should be careful and use common sense.

Champagne said he wasn't opposed to putting off a decision on rates, but felt a decision should be made before bus routes were planned, which usually occurs in mid-August.

Starosielski also noted that a transportation task force is being put together by the provincial government. The task force was announced on May 11.

"Members will focus on issues related to student transportation, including student safety, costs, eligibility, partner collaboration and the responsibilities of school authorities and industry partners. Their scope of work will cover busing for students attending publicly funded schools in urban and rural communities," according to the Government of Alberta. "Members will also consider various service delivery models and services for students with disabilities when developing their recommendations."

Starosielski said she personally has concerns about a lack of representation on the task force from rural school divisions.

A motion to table a decision on bus rates until August was approved.

Cold Lake RCMP seek to identify Mach 1 break-in suspect
May 27, 2020 2:44 PM
Comments
We welcome your feedback and encourage you to share your thoughts. We ask that you be respectful of others and their points of view, refrain from personal attacks and stay on topic. To learn about our commenting policies and how we moderate, please read our Community Guidelines.