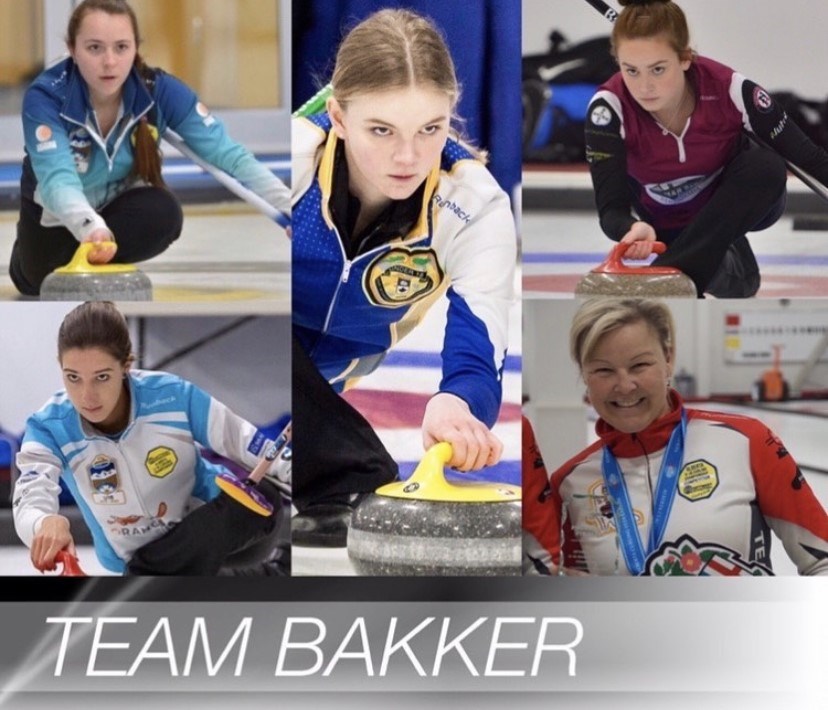 St. Paul curler Cameron Kuzma (pictured top left) is excited to be part of Team Bakker.
ST. PAUL - A St. Paul curler will continue to pursue her passion on the ice, playing the upcoming season with a U21 team based out of Calgary. Cameron Kuzma says she is excited to be part of Team Bakker.
The team's skip, Ryleigh Bakker, has been skipping for the past few years, and was a 2018 U18 provincial champion. She also won a bronze medal at the 2018 U18 national competition for Team Alberta.
"All of the members on the team are very dedicated and bring a high calibre of skills and knowledge," says Kuzma. "We also all possess the same goals for the upcoming year. Currently, our goal is to win U21 Provincials and then compete at U21 Nationals representing Alberta."

Kuzma says when Team Bakker asked her to join the team, she was "thrilled, because of the quality of the other girls."

"Each girl brings unique skills that will benefit the team. In addition, I also had the opportunity to work with our current coach, Allison Earl, last season for a short period of time," says Kuzma. Earl left an impact on Kuzma, "as she helped me grow as a curler and brought a lot of knowledge and experience to our team."

Kuzma counts herself lucky to be able to work with Earl again.

When asked why she decided to get involved with Team Bakker, Kuzma says she is "very passionate about curling, and this was a great opportunity to play at a much more competitive level."

During the 2019/20 season, Team Bakker was made up of Ryleigh Bakker, Ashton Skrlik, Lisa Parent and Julianna Mackenzie. The team placed second on the Alberta Junior Curling Tour, second on the Excel Points race, and won the first ever U21 Excel Cup, giving them a berth at provincials.
Bakker and Parent decided to stick together for next year, while Parent plays out her last year of junior eligibility on the new team, explains Parent.
"We picked up Kaitlyn Zeiler and Cameron Kuzma, who were both a part of Team Jacques' U18 team last year. We also have Allison Earl (who is Ryleigh's mom) as our coach," says Parent. Earl has won five provincial gold medals as a curler herself.
According to Parent, the team's goal for the 2020/2021 season is to win Junior Nationals.
The season has already started with team meetings, planning, and dryland training, says Parent. The next year will consist of a lot of hard work in order for the team to achieve its goal, "and we are confident that we have the team to do so," says Parent.