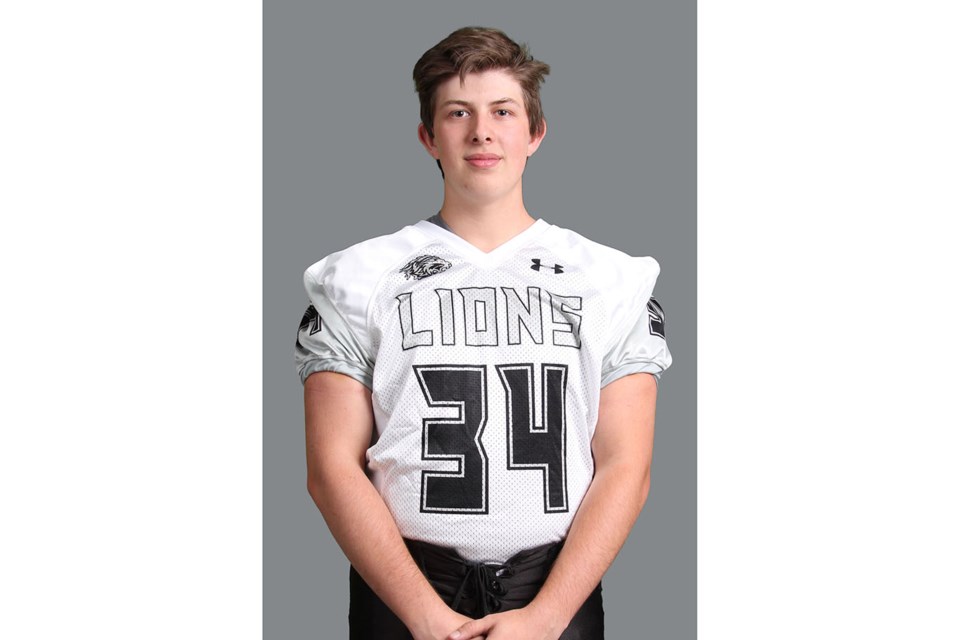 Brady Fodness has been committed to play with the Calgary Colts of the CJFL.

St. PAUL - While he wouldn't describe himself as one of the "stars" on the team, Brady Fodness is proving that if you take the right steps and continue to work hard, results will happen.

The graduating St. Paul Regional High School student athlete will be heading to Calgary this fall to attend Mount Royal University, but he is also planning to lace up his cleats to play with the Calgary Colts of the Canadian Junior Football League.

Fodness began playing football with the St. Paul Bengals as a Grade 9 student. He continued to play all three years of high school with the St. Paul Lions. The defensive end is humble when speaking about the opportunity that's now in front of him.

“I wasn’t one of the big stars on the team," says Fodness. But, with encouragement from his coaches, Fodness sent in film to a number of teams in the CJFL. Months went by without hearing back, and Fodness admits he kind of gave up hope. So, when the Colts did reach out to him, he says he "jumped on the opportunity."

Fodness says it's exciting to know someone from a small town can be noticed by a bigger organization.

Lions head coach Mark Tichkowsky says a number of teams have approached players from the club this year and that many players sent off game film in an effort to continue playing the sport beyond high school.

“You’re selling yourself and you have to put yourself out there," says Tichkowsky.

When asked to described Fodness, the head coach says, “He’s one of those quiet leaders.” He adds, when Fodness started paying the sport, he was a little smaller and had to fight for a position. But, he put in the work, attended camps, and the results have paid off.

While the CJFL season is a bit in the air right now, due to the COVID-19 pandemic, Tichkowsky says he is hoping for the best for Fodness.

When asked why he is attracted to the sport, Fodness says a big part of the experience was being able to play a sport with people he grew up with, along with having a place of belonging - a type of second family. He adds that he's also learned a number of lessons while playing football, like not to give up, and to always "give it your all."

“Keep your head up even though things get tough," he adds.

Fodness speaks highly of his high school experience playing football, and says when the team made back-to-back appearances at provincial finals, it brought a lot of attention to the St. Paul club. He says a lot of that is due to the coaches on the sidelines - including head coaches Tichkowsky and John Lumby. Fodness adds a special mention to coach Chuck Taylor who played a big part in Fodness' success as a defensive end.

Fodness says he would encourage the current Grade 11 athletes to make film reels and put themselves out there.

Lounge area proposed for Clancy Richard Arena
Jul 1, 2020 9:00 AM
Comments
We welcome your feedback and encourage you to share your thoughts. We ask that you be respectful of others and their points of view, refrain from personal attacks and stay on topic. To learn about our commenting policies and how we moderate, please read our Community Guidelines.