St. Paul Football puts together best of the best from past decade 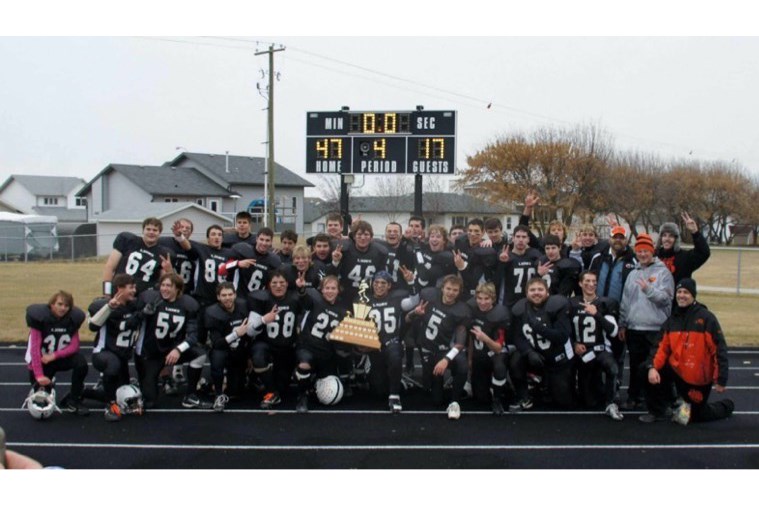 The St. Paul Lions 2013 championship team is pictured. A number of the players are represented on the club's recently released all-decade team. Photo supplied.

ST. PAUL - The St. Paul Football Club has released its second all-decade team - choosing the top players from the past 10 years to make up two rosters filled with familiar names.

"This is the second time our organization has done this and it follows the format of the 2000-2009 team," said Todd Tanasichuk. Two teams of 25 players were chosen for the all-decade team.

"This time around, three coaches were involved in making decisions - the ones who have been coaching in the organization and particularly with the Lions for the entire decade," explained Tanasichuk, who has been involved in the club for many years, and most recently has been coaching the bantam Bengals.

"It was a difficult process as we had a lot of talent on our teams this decade. It basically took a week of back and forth until decisions were made," said Tanasichuk.  "There were many good players left off the list, where we'd say to ourselves 'how can that player not be listed?.' And then you'd look at the selections and say 'but of all those ahead of him, who could be removed?' It's a tribute to the players and all our coaches that decisions were so tough."

The all-decade team is lead by the 2013 group, a team that went to a provincial final as bantam players and then won back-to-back league championships as Lions.

"They were a special group for sure. The 2019 group is also well-represented, a group that were back-to-back provincial finalists at the Tier 4 level." The 2013 group, however, competed at the Tier 3 level against larger schools.

Many of the players chosen were league MVPs for offence or defence, and many went on to play post-secondary football, which is a trend that continues to grow for the Lions.

Putting together the all-decade team is a fun exercise, said Tanasichuk. He added that the process is also subjective and there's no doubt some will debate the choices made.

The following players were chosen as the top Lions per position for the last 10 seasons. Players had to have played their Grade 12 season between 2010 and 2019 to be eligible.