Town of St. Paul opts out of mandatory masks 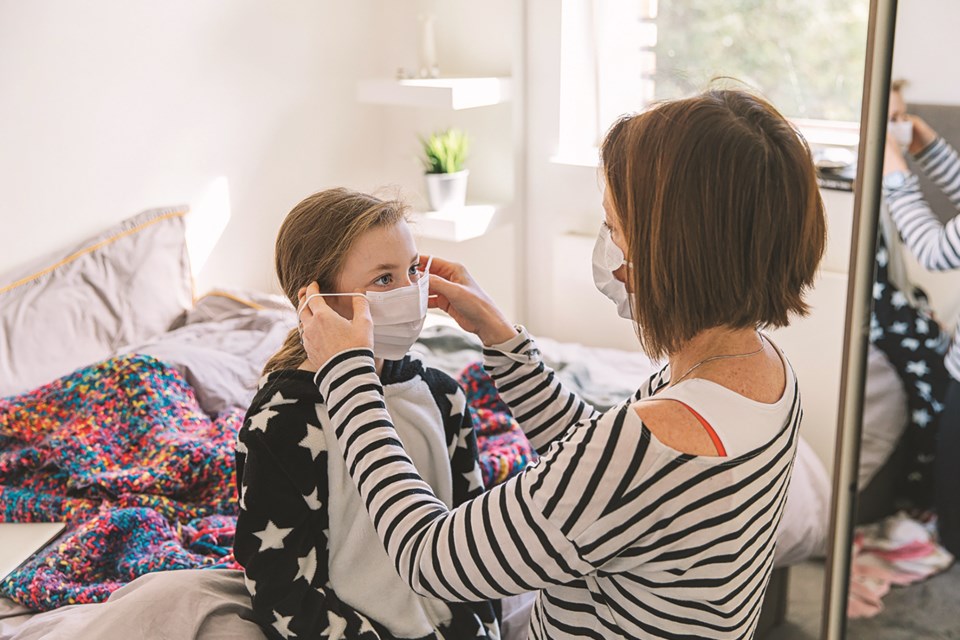 While the Town of St. Paul has opted against making a firm decision on mandatory masks, the cities of Edmonton and Calgary have both passed bylaws making masks mandatory for indoor public spaces, as of Aug. 1. A number of exemptions are in place. File photo.

ST. PAUL - While larger centres in the province have been opting to mandate the use of masks in indoor public spaces, the Town of St. Paul has decided to hold off on the idea.

"We have had quite a few inquiries about whether or not the Town will be mandating masks," said CAO Kim Heyman during the July 27 council meeting. The questions are based on decisions being made in Calgary and Edmonton. Just days after Monday night's council meeting, the City of Edmonton council approved mandatory masks in indoor public areas as of Aug. 1.

One major difference between the two largest cities in the province and smaller municipalities, like St. Paul, is that the cities both have their own police forces, giving them the ability to enforce the use of masks, said Heyman.

If masks were to be mandated by the Town of St. Paul, at least one new Community Peace Officer would have to be hired, said the CAO. The two CPOs simply wouldn't be able to keep up with enforcing the use of masks, and continue to deal with other issues. The budget impact of this would be about $120,000.

"Given the tight budget we are operating under, it's highly unlikely that we could do this within current budgetary restraints," she explained.

Town of St. Paul Mayor Maureen Miller said the municipality can still encourage the use of masks, and admitted that there is still "a social stigma" around the use of face masks.

Coun. Ron Boisvert made a motion to file the information presented by administration as information. That motion was carried.

"We can look at it again in the future" said Boisvert.

On July 29, the City of Edmonton council passed a motion to stating masks or face coverings would be mandatory as of Aug. 1, in all public places and public vehicles.

"This applies to the publicly accessible areas of businesses/retail and includes transit, transit centres and LRT platforms," according to the City of Edmonton.

"This bylaw works to strike a balance between encouraging the use of face coverings for everyone’s protection, and understanding that not everyone can wear a face covering.  We know that wearing a face covering is an important factor in preventing the spread of COVID-19 and we want it to become second nature to Edmontonians," reads a post dated July 29, on the City of Edmonton website.

A number of exemptions do exist. Children under two years old, people with underlying medical conditions or disabilities that prevent them from safely wearing a mask, and people who cannot remove a mask without assistance are all exempt.

Of course, people eating or drinking inside public spaces that offer food or beverages are also exempt, along with people who are exercising or engaging in athletic activities. Caregivers or those accompanying someone with a disability can also be exempt.

The proposed fine is for not wearing a mask when required is $100. Administration is taking an education based approach to enforcement, according to the City of Edmonton. The bylaw will be repealed December 31, 2020, unless extended by city council.

The primary focus will be on educating Calgarians on the importance of wearing face coverings, rather than enforcement.

"We want the city to thrive, for businesses to stay open and for Calgarians to stay healthy. This decision was not taken lightly and was informed by data and by making decisions based on the collective health of Calgarians and for the local economy," reads a statement on the City of Calgary website.