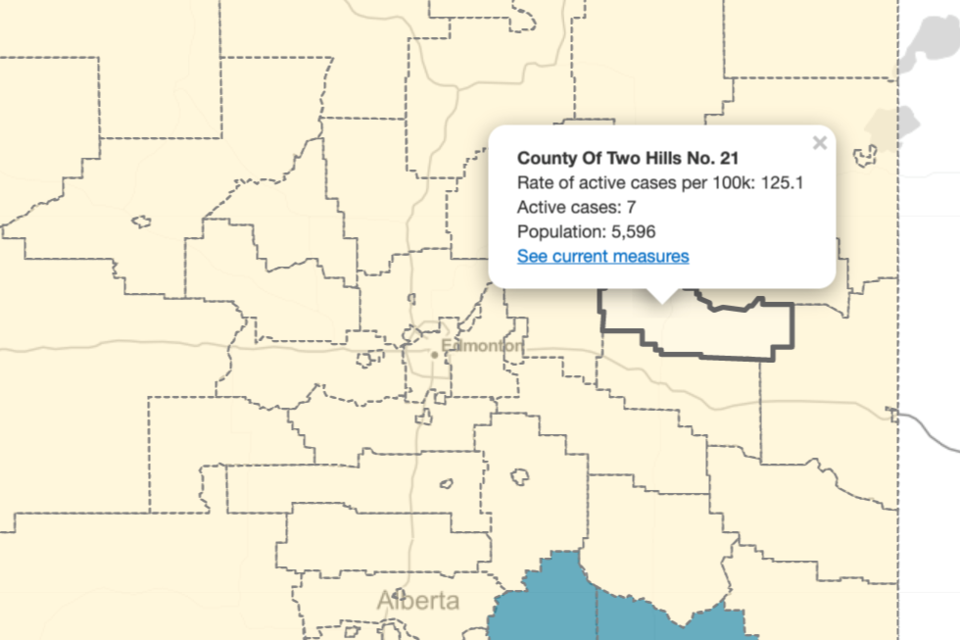 TWO HILLS - The number of confirmed COVID-19 cases has now more than doubled since last week in the Two Hills area.

As of Thursday afternoon, the Government of Alberta map was showing eight active cases, along with one recovered case in the same region. The region on the map is labelled as "County of Two Hills."

Dr. Deena Hinshaw, chief medical officer of health, updated the province Thursday afternoon, stating an increase in COVID-19 cases across the province should be a wake-up call.

'There is a hopeful and bright future for this province' says Premier
Aug 11, 2020 8:00 AM
Comments
We welcome your feedback and encourage you to share your thoughts. We ask that you be respectful of others and their points of view, refrain from personal attacks and stay on topic. To learn about our commenting policies and how we moderate, please read our Community Guidelines.