'We all have a part to play'

Telephone townhall reminds residents to lock things up, report incidents, and make themselves hard targets.
Oct 12, 2020 7:00 AM By: Janice Huser 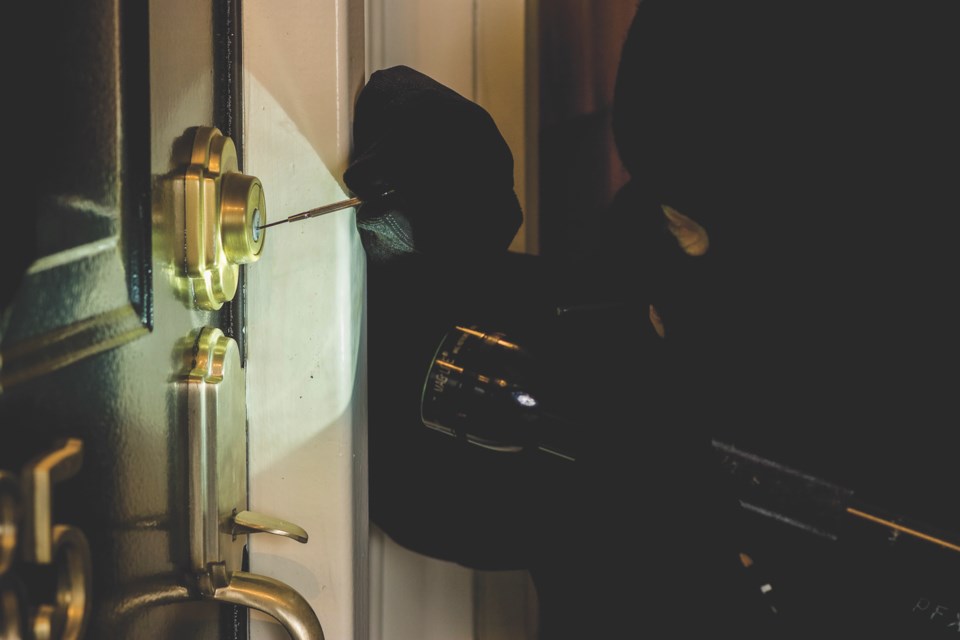 Some crime, specifically break and enters, have increased in St. Paul, according to RCMP. File photo.

ST. PAUL - Much of the hour-long telephone townhall meeting hosted by the Town of St. Paul on Oct. 8 focused on what residents can do to protect themselves from property crime, and reiterated the notion that everyone has a role to play in combating crime.

Mayor Maureen Miller opened the meeting, which required residents to register ahead of time, stating that the municipality has "listened and heard" concerns from residents in recent weeks. She noted that property crime in St. Paul is a top concern and priority for council also.

Sgt. David Graham of the St. Paul RCMP detachment was on hand to answer questions from the public and offer information about how the RCMP is handling an increase in crime. While the overall provincial statistics show a decrease in property crime, that is not the case in St. Paul, said Graham. He added that break and enters specifically have increased in the community.

"If we don't know about it, we can't tackle certain things," he said, adding, some calls lead to solving other crimes. During the meeting, Graham acknowledged that people have expressed concerns about their calls being sent to Edmonton for dispatch, but he noted that is the best way to get the information to RCMP members in town.

Those dispatchers are trained to gather the property information, he said. And while it may take some time to call incidents in, "we need to know about these things . . . You may have the missing piece to a bigger puzzle."

When speaking about combating crime, Graham said, "we all have a part to play." He encouraged people to lock up their personal property, have outdoor lights, and report anything suspicious.

St. Paul RCMP members have been focusing on "hot spot patrolling," the detachment has started a database of surveillance cameras that exist throughout town and encourages residents and businesses to register for the database. While the security footage doesn't always catch the actual crime in progress, it can help identify and track suspects.

One tip that Graham offered residents was taking in their remote garage door openers at night. Many people leave the openers in their vehicles, but vehicles are overall fairly easy to break into, he said. Graham said that a lot of property crime happens when there's a lack of vigilance.

During the townhall, residents were encouraged to ask questions. One resident noted that she was tired of having to always lock up her property, and felt she should feel safe in her community.

While Miller said she empathized with the resident, stating she grew up in a time when people didn't have to lock their doors, "that time has gone." Now, the focus should be on securing the community.

"This is a community that needs to pull together," said the mayor. She noted that many of the issues aren't specific to just St. Paul, but are being seen nation-wide. "We need to protect each other," she said, adding, people need to ensure they are not an easy target for thieves.

The mayor further stated that there is working being done to address mental health and addiction issues, which often are the root cause of crime. She stated the municipality also brings concerns forward to the justice ministry.

Graham added to the efforts being done to address addictions. He explained there is a program where addiction workers attend the detachment in the mornings, and speak with people in custody as they are released.

"We've had some success with it," said Graham.

Miller also noted that the town is looking at accessing funds to have a mental health worker join the RCMP.

A question about what RCMP are doing to address high traffic crime homes, was also asked. Graham explained that this is where hot spot patrolling comes into play. But, dealing with specific residences can be complex, and sometimes requires multiple agencies.

Graham said residents should be reporting problem residences to the Safer Communities and Neighbourhoods (SCAN) uni, which is through the Alberta Sheriffs. The unit focuses on dealing with problem properties that are being used for specific illegal activity such as: drug trafficking, prostitution, child exploitation, and gang-related crime.

RCMP are well aware of the people who cause most of the crime in town, said Graham, adding, "We'll charge them when we can." But, they often return to the same problem houses so reporting the residences to SCAN is useful.

"It is a multi-agency approach."

Crime Prevention Through Environmental Design (CPTED) was also brought up during the meeting. CPTED focuses on specific things int he physical environment that can be done to help deter crime, for example cutting back trees and ensuring areas are well lit at night.

Director of Protective Services Trevor Kotowich spoke about how the town will be using CPTED throughout the community, and stated that municipal enforcement staff are available to share information with residents.

He also reiterated that people are responsible to make themselves hard targets. Kotowich said that his staff have gone out to do proactive patrols, and it's "rather alarming" the number of vehicles that are left unlocked.

"We just can't be everywhere all the time," said Kotowich, stating the importance of people taking the appropriate steps to protect themselves.

Another question from a resident asked how much property taxes are put toward policing in St. Paul. Miller stated that about 10 per cent of the town's overall budget is dedicated to policing.

The value of surveillance cameras and security systems was also discussed. Graham stated he is a big believer in surveillance and notes that video footage has helped solve a lot of crimes.

He once again encouraged people to register their cameras with the St. Paul detachment's database, which allows police to quickly track down video footage if a crime has happened in the specific area.

Miller brought up vagrancy and said she gets regular calls about what people describe as vagrancy in the community.

Graham explained that there are no specific vagrancy laws, and being in a public space on its own is never illegal. If individuals are causing a disturbance, then RCMP can act, but things such as people asking for money, is not illegal on its own.

But, if residents have worries, they are encouraged to call the police. He reminded people that there are social issues at play, such as mental health and addictions, and the RCMP can't arrest or charge their way out of those issues.