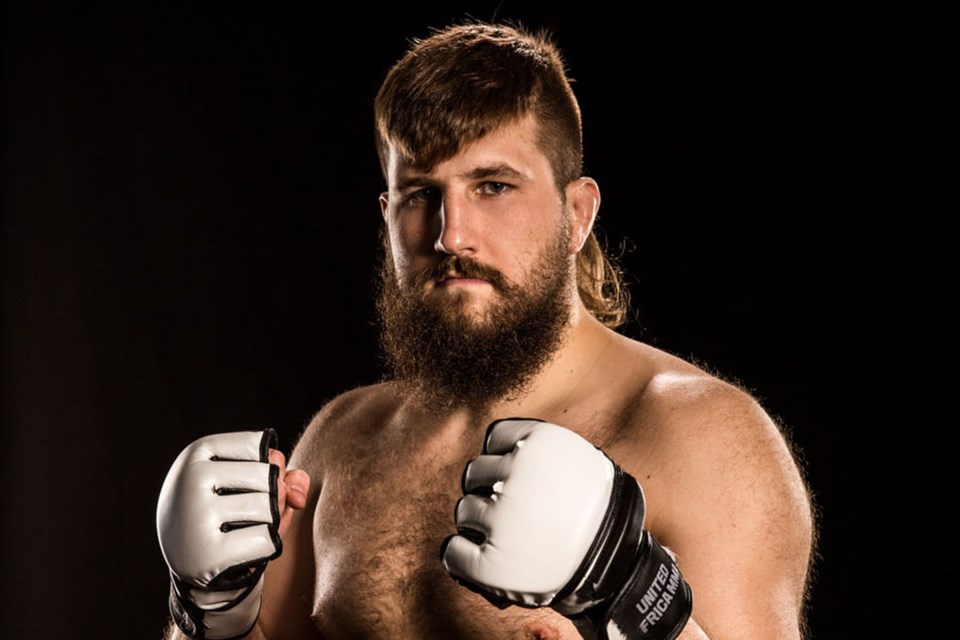 BONNYVILLE – Bonnyville’s Tanner Boser proved he's a force to be reckoned with during his last match at UFC’s Fight Island.

On Saturday, July 25 on Fight Island, which is located on Yas Island in Abu Dhabi, Boser walked away with a second-round knock out win against Raphael Pessoa.

The win was considered a technical knock out, which Boser said is when “the ref stops it because he’s taking too much damage and it’s assumed he’s going to get knocked out if it’s not stopped. He’s no longer intelligently defending himself.”

When the six-foot-two, 249-pound fighter stepped into the octagon, he knew it was going to be a long-term plan that was going to get him the victory.

“I knew I needed to slow him down before I could look to connect bigger punches and the fight went according to plan. I’m glad I was able to finish him in round two, but I had planned and was ready to continue the momentum and take that all three rounds.”

He added, “The first round was a bit of a feeling-out process. I had to set things up, work my low kicks, try to mix in some body shots, try to slow him down a bit, and then look to the bigger shots in round two, which I was able to do.”

This was Boser’s first fight on his new contract with UFC. His previous one was extended earlier in July before he fought all four of his matches, and his bout against Pessoa came mere weeks after his knock out win against Philipe Lins on June 27.

On the previous contract, Boser beat Daniel Spitz in the fall and lost by decision against Cyril Gane in December. The Bonnyville fighter’s third match was supposed to be in March but was cancelled due to the coronavirus.

When Boser’s match was announced against Pessoa, he was told with only a week and a half to prepare.

“I only got three days in the gym because I had a two-week quarantine that I had to adhere to,” he recalled. “I only got to train in the gym with my coaches and training partners for three days before we flew and had to train on the road. At that point, we were going hard but mostly when its fight week, you’re trying to stay sharp. For the one week, I really had to go for as hard as I could and try to whip myself quickly back into shape. It worked better than I thought it would after two weeks of not doing anything.”

On Fight Island, there’s a section that was deemed the ‘safe zone’ where fighters and UFC staff could go.

“There was our hotel and a couple of others, some restaurants, and the beach. But, you’re limited because they need to make sure that they’re containing coronavirus so that they can do the events,” Boser detailed. “It was run really well and it was definitely a neat experience.”

He described the entire trip as a great opportunity.

“After the fight for the day, we went to Yas beach, swam in the Persian Gulf, and got to look around there.”

Due to COVID-19 regulations, Boser has to finish another two-week quarantine now that he’s back in Canada.

With his new UFC contract signed, Boser is looking forward to the next time he steps into the octagon.

“I hope I get to fight all four of those fights, and I hope I win more than I lose. I’m hoping to get back in there in September or October for a timeline so that I can have a full training camp and work on my strengthening and conditioning here.”