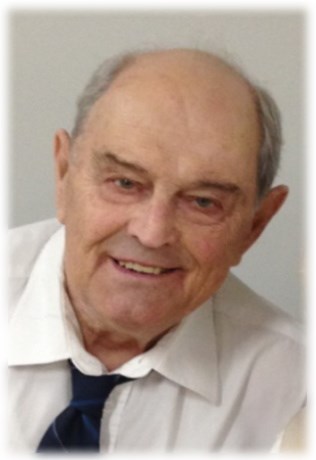 Frederick Richard Upham of Morinville, Alberta passed away on December 10, 2019 at the age of 89 years.

Frederick, more generally known as ‘Richard’ was born in the parish of Rose Ash in N. Devon England. He emigrated to Canada on March 8, 1972. Richard loved farming. He always considered it a blessing to have been raised in a Christian home, and on a farm. Dairy farming and ministry became his passions, both of which he followed in England and Canada.

In his own words Richard said “How wonderful it was to have been taught to serve the Creator and human kind.” He found both to be fulfilling, especially in Canada where he served as Pastor and Preacher.

A Celebration of life will be held on Saturday, January 11, 2020 at 1:00 pm at the Morinville Baptist Church, 431 Grandin Drive, Morinville, Alberta. A gathering for further celebration and reminiscing will follow in the Basement of the church. Arrangements entrusted to the care of STURGEON MEMORIAL FUNERAL CHAPEL (780) 921-3900

BETTON, Thomas "Ross"
Nov 5, 2020 1:58 PM
Comments
We welcome your feedback and encourage you to share your thoughts. We ask that you be respectful of others and their points of view, refrain from personal attacks and stay on topic. To learn about our commenting policies and how we moderate, please read our Community Guidelines.