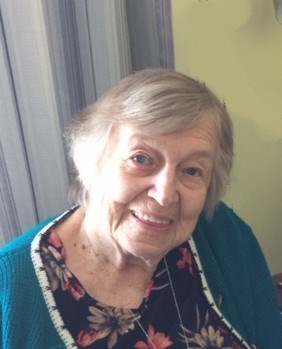 On Friday, March 20, 2020 Mrs. Ingrid Hedwig Herde of Bonnyville formerly Williams Lake, BC passed away at the age of 89 years.
Mrs. Herde will be lovingly remembered by her son; Ulf (Elma) Herde of Ardmore, daughter; Ellen (David) Gaugler of Eastbourne, grandchildren; Erik Herde of Ardmore, Heidi Herde of Ardmore, Sam (Beth) Gaugler of Leduc, Karl (Crystal) Gaugler of St. Albert and Jessica (Steve) Oldenburg of Vermilion, great grandchildren; Hannah, Emily, Aria, James and Claire, and her sisters; Gudrun (Walter) Ruckert, Dagmar (Rudi) Miklis and Ute (Wolfgang) Paul. Ingrid was predeceased by her husband Karl, and her parents; Anneliese and Wilhelm Jeltsch.
A memorial for Ingrid will be held at a later date.

PINDER, George
May 26, 2020 4:25 PM
Comments
We welcome your feedback and encourage you to share your thoughts. We ask that you be respectful of others and their points of view, refrain from personal attacks and stay on topic. To learn about our commenting policies and how we moderate, please read our Community Guidelines.