A presentation by ATCO Electric at the May 25 Town of St. Paul council meeting focused on a project that will see many of the town's streetlights switched over to LED lights, from the current HPS lights.
Jun 5, 2021 8:30 AM By: Janice Huser 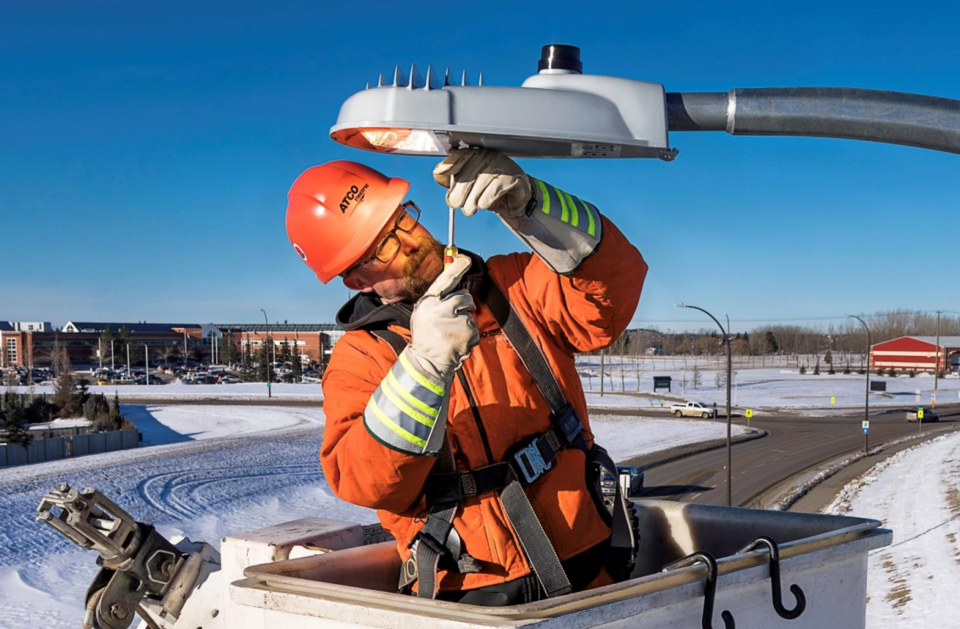 The Town of St. Paul has agreed to proceed with switching many of its streetlights to LED.ATCO photo

ST. PAUL - A presentation by ATCO at the May 25 Town of St. Paul council meeting focused on a project that will see many of the town's streetlights switched over to LED lights, from the current HPS lights.

The conversion is estimated to save the municipality at least $12,000 annually, heard council.

While only some streetlights qualify for the program, it does include a large number of the Town of St. Paul's streetlights.

According to ATCO, over the long-term, it is expected that LED lights will result in less maintenance and costs savings will be seen.

Coun. Nathan Taylor did question some of the math presented to council, but said he was still in favour of proceeding with the conversion of lights.

When asked about timelines, it was noted that there was still one more application to file, but a timeline of four to five months was noted for completion of the project. Other communities are also in the process of converting to LED lights, so it could also depend on stock for certain products.

According to the presentation from ATCO, the Town of St. Paul has 569 lights available for conversion.

When asked if there would be a deficit to recover at the end of the project, it was noted that while there may be some capital costs left to pay, ATCO is expecting a decrease in other costs, such as maintenance, to help balance things out.

Mayor Maureen Miller asked if there was any education that should take place, to inform the public of the change.

Sharla McCullough, Customer Representative with ATCO, said they could put some information together to help educate the public.

"(LED) street lighting is considered one of the most effective solutions to help municipalities reduce their energy consumption, emissions and maintenance costs," according to information from ATCO. The LED Conversion Multiplier offers municipalities the chance to complete a full-scale conversion of street lights to LED technology, without putting forward large capital costs.

"LED lighting offers many benefits compared to traditional HPS, including reductions in energy consumption, carbon emissions, light pollution and the frequency of maintenance and associated costs. Municipalities are aware of the positive impact on their communities and are eager to undertake a full scale retrofit, but capital costs can be prohibitive," reads information from ATCO.

Alberta Utilities Commission (AUC) approved a multiplier rate for the conversion of HPS to LED lights.

A motion to approve the installation of LED lights and allow administration to sign an agreement with ATCO, was approved by council.

Kehewin Chief chosen as Grand Chief of the Confederacy of Treaty No. 6 First Nations
Jun 14, 2021 9:00 AM
Comments