Some youth sports resume this week in St. Paul

Some hockey players and figure skaters will be hitting the ice this week, as the Clancy Richard Arena reopens for youth sports.
Feb 10, 2021 4:45 PM By: Janice Huser 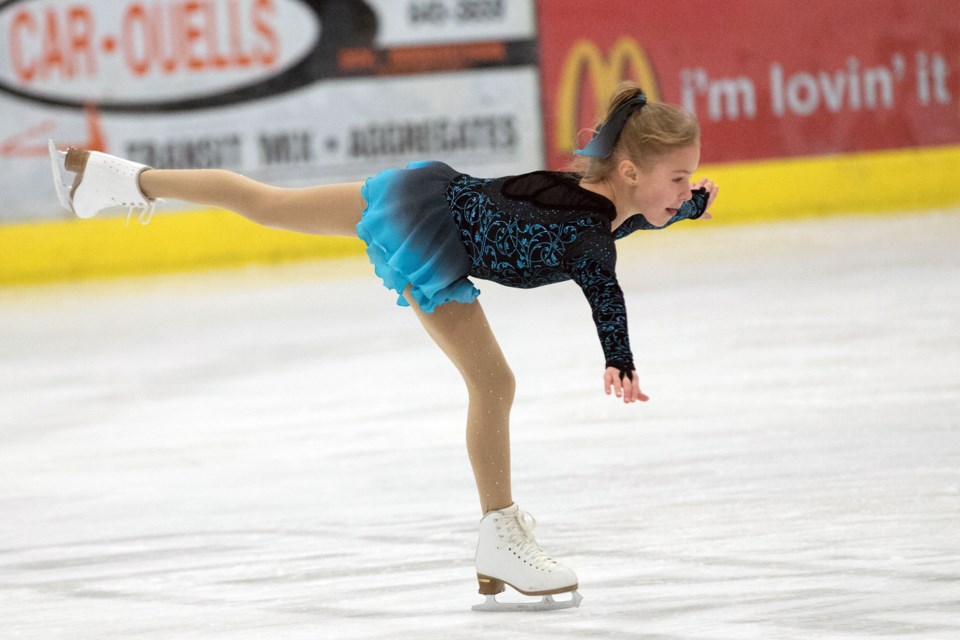 Some figure skaters will be able to get back to practices this week at the Clancy Richard Arena, although work is still being done to get the majority of young skaters back to the rink. File photo.

ST. PAUL - Some clubs and organizations that cater to keeping youth active are getting back to in-person practices as early as this week.

Following the Feb. 6 announcement by the Government of Alberta to allow youth sports and activities to resume as of Monday, many organizations began working toward holding in-person practices for the first time in months.

The St. Paul & District Minor Hockey Association met on Feb. 8 to discuss returning to the ice, and the next day released information to families about what practices will look like.

"Practices will begin on Wednesday, Feb. 9 at 4:15 p.m.," according to information received from president of the association Bryce Balmer. Members were told to expect a schedule in the near future, and that teams will be on the ice at the same time, although they will be split into two separate groups, determined by the coaches. Each team will be guaranteed a minimum of two ice slots per week between Monday and Sunday.

Balmer confirmed that the change to 20 participants on one sheet of ice if it is split in half came through an update he received from Hockey Alberta.

Hockey Alberta put the request forward to the provincial government to split the ice surface in half, and the province agreed to the change. This means teams will be able to hit the ice together, but will be in two distinct groups.

"Coaches will design practices to focus on development and individual skills, and small area games that ensure physical distancing measures are adhered to. Coaches will be wearing masks at all times," reads information from SPMHA.

Although registered hockey players aren't being forced to take part in practices, and refunds can still be issued to those who choose not to return, the minor hockey association is encouraging its players to get back on the ice.

Carolyn Penosky with the St. Paul Figure Skating Club confirmed senior skaters with the club will be able to get in some practices this week, but work is still taking place in regards to what practices could look like for the other 100 skaters involved in the club.

Both organizations will be operating from the Clancy Richard Arena, as the CAP Arena ice plant has already been shut down for the season.

St. Paul's two arenas were discussed during the Feb. 8 Town of St. Paul council meeting. Although Director of Parks and Recreation Harvey Smyl's original recommendation on the town's agenda was to close the Clancy Richard Arena, Saturday's announcement by the province resulted in a change of recommendation on Monday night.

Smyl confirmed he had discussions with both the SPMHA and the figure skating club, and felt the arena could continue to operate as long as groups were using it.

Coun. Gary Ward brought up the CAP Arena during discussions on Monday night, noting he didn't think there would be enough ice time for everyone if only one arena was operating. Council approved a motion a few weeks ago to close the CAP Arena, and around the same time, the St. Paul Curling Club also announced it would be ending its season early.

While the curling rink cannot be reopened and has been entirely shut down, the CAP Arena did still have ice, and the recent cold snap means the arena could possibly be reopened, heard council. Smyl reaffirmed that only youth teams will need ice time though, and adult sports have not been given the go-ahead to resume practices.

Later in the meeting, Ward said he had just received a text message from someone with St. Paul Minor Hockey and the association couldn't commit to high utilization, meaning the CAP Arena likely wouldn't be reopened.

During discussions about the arenas, Coun. Tyson deMoissac asked if a consideration would be made to open the St. Paul Rec. Centre to local sports groups, such as baseball players, to do some indoor training.

Administration noted that was something deMoissac would have to discuss with Smyl, first.

A motion to direct Smyl to either reopen or close the Clancy Richard Arena, as he sees fit, was carried by council.