Spencer Graling was trying to watch the Super Bowl on Sunday, but he couldn’t relax as he waited on edge, for what he knew would be a life-changing call. On that day, Feb.
Feb 14, 2017 12:00 AM By: Lakeland Today Staff 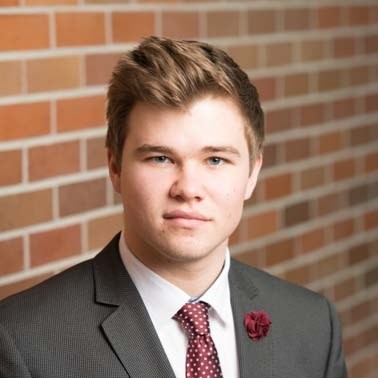 Spencer Graling joins an impressive list of 32 young students that received a Loran scholarship valued at $100,000 over four years, granted on the basis of character, service and leadership.

Spencer Graling was trying to watch the Super Bowl on Sunday, but he couldn’t relax as he waited on edge, for what he knew would be a life-changing call.

On that day, Feb. 5, the 17-year-old had been expecting to hear from the Loran Scholars Foundation as to whether or not he would join the elite list of 32 recipients of a scholarship valued at $100,000 over four years.

“You kind of can’t do anything but stare at your phone for the duration of the day,” he said, adding he’d been expecting a call at 3 p.m., but as the evening went on, he still hadn’t heard anything. Instead, he kept seeing other applicants’ posts on social media about their phone calls, as they asked him if he too had heard from the foundation yet. “You know it’s going to change your life, whether you get it or not.”

More than 4,400 students from across the country had applied for the scholarship in October, with the list whittled down to 83 after regional interviews. On Feb. 3 and 4, Graling joined other finalists in flying to Toronto to take part in extensive interviews, with interviewers asking him about his experiences and community involvement.

On the line with the scholarship was having his university tuition waived for four years at any 25 partner universities, $10,000 a year towards living expenses, and national and international internships throughout his university education.

So at 6:30 p.m., when the phone finally rang with the foundation’s executive director and CEO Franca Gucciardi on the line, Graling was in high stress mode.

At this point, Graling braced himself to hear some disappointing news; he was overwhelmed with emotion when he instead heard her say, “But I always like saving one yes for me last call – and this year, you’re my last call.”

Graling went upstairs to find his family waiting for him expectantly, his mother holding a camera – once they saw his ear-to-ear grin, they knew that his years of effort as a student, athlete and involved community member had paid off.

For Graling’s part, he said he immediately thanked his parents for being a “huge driving factor” in his success.

The Loran Scholars Foundation administers the “most comprehensive and thorough scholarship selection process” in Canada, looking for students of character, service and leadership, according to its website.

For Graling, those attributes were on display from a young age, when, at eight-years-old, he made a greenhouse and sold flowers to raise $ for breast cancer, after his aunt was diagnosed with cancer. From then on, his list of achievements has grown longer and longer. While he is well-known locally as a nationally award winning 4-H speaker and 4-H member/president, he’s also played football for St. Paul and Lloydminster teams, coached the local bantam football team, put together a Blitz for Brains initiative to combat football concussions, and been part of school science clubs, student unions and the yearbook committee – all while maintaining top grades as a student at St. Paul Regional High School.

But for all that, he notes that it was amazing when he saw the achievements of the other students that went through the Loran Scholars Foundation’s application process. During the application, he said he met several amazing students, some of whom already had their own companies or were working in research settings.

“And there’s me sitting there and it’s a really humbling experience. I’m in 4-H, I play football, I raise a few chickens, and I can talk really well – and that’s it,” he says, adding it raised the question of “Who am I to be on this level?”

But interviewers also look at people’s backgrounds, how big their school and community is, whether they’re from urban or rural places. For Graling, being from a rural, small-town is one reason he feels he has been successful.

“St. Paul’s been my biggest advantage; St. Paul’s my biggest asset,” he says, of growing up in a tight-knit, supportive community. “It really gives you a safety net to reach far beyond what you ever believed was possible because you know even if you fail, you know you’re going to have people pick you up and support you.”

It’s that support that he feels has been instrumental to his success, and that, along with the Loran scholarship, will help him achieve his goal to be a mechanical engineer, start his own company, and hopefully, continue to make a difference to other people’s lives.

But he says, he knows wherever he goes, he can always say his journey started in St. Paul. “No matter how far I push out, I always have a community to come back to, and a place to say where my roots started.”