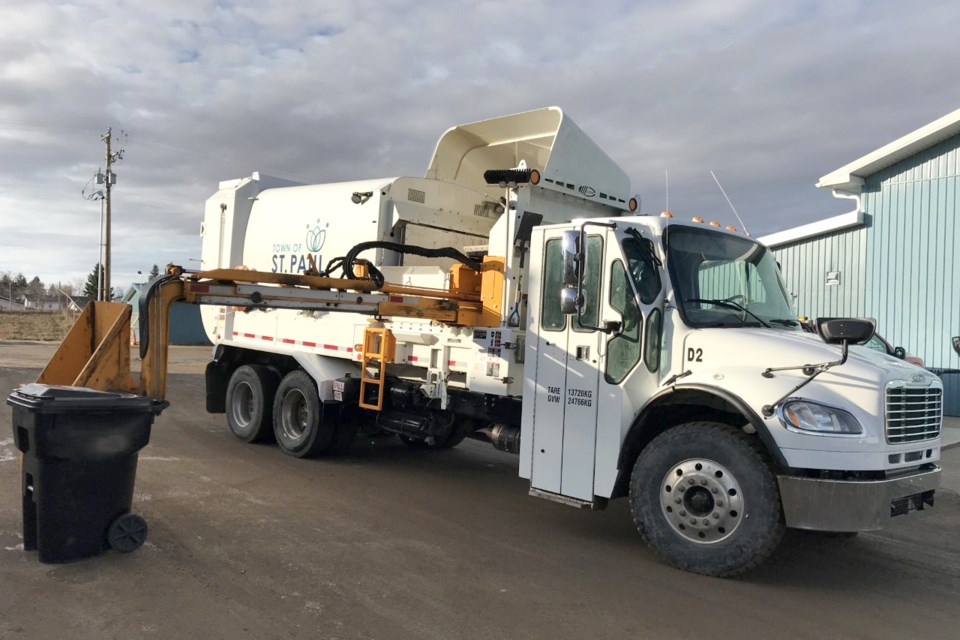 ST. PAUL - Garbage bins were again the topic of discussion at a recent Town of St. Paul meeting.

Town council held its monthly Committee of the Whole meeting on Nov. 12, which included representatives from Superior North America, a company that supplies roll-out garbage bins.

Les Winterhalt shared information with town council, based on his experience supplying other municipalities with roll-out bins.

"Nobody likes change. Change scares people," said Winterhalt, acknowledging that the Town of St. Paul will likely hear complaints from residents about switching to roll-out garbage bins. But, he also noted that most garbage trucks being sold include the automatic arm and municipalities are moving toward the newer technology.

He also noted that since COVID hit, the waste stream isn't the same as it was. There is more household waste being produced - more take-out food and plastic waste, specifically.

CAO Kim Heyman went over a list of concerns that residents have already expressed about the future switch to roll-out bins, stating some are concerned there will be more garbage blowing around, others do not feel it will be convenient to residents, and some believe theft and vandalism may be an issue.

According to Winterhalt, the roll-out bins contain waste better, and typically communities are cleaner once they switch over. He also noted that animals aren't able to get into the bins easily.

He also said he hasn't heard much about abuse to the bins in the way of vandalism. And on the theft side, it's a "very, very rare occurrence . . . almost unheard of."

A representative with Superior also recently toured the community, and noted most of the town's back alleys are in great shape. The roll-out bins could potential cut back the length of time it takes to pick up garbage in half.

One resident expressed concern to the town that putting a garbage bin out early could be an identifier that the resident isn't home, which could attract theft. Winterhalt said he's seen neighbours working together to put each other's garbage bins out, when this is a concern.

No further decisions were made regarding the roll-out bins. The town is aiming to have the bins to residents for the spring of 2021. The municipal garbage truck is already equipped to handle the roll-out bins.

The Town of St. Paul is looking into a few technological glitches that occurred during a recent tele-townhall regarding the changeover to roll-out garbage bins.

During the Nov. 3 telephone town hall, some people did not receive a call to join the meeting, while a couple of councillors were unable to ask questions while on the line.

"We're still doing some investigating," said Heyman, during the Committee of the Whole meeting.