Local schools are growing their nutrition programs after receiving provincial grant funding. Alberta’s School Nutrition program began back in the 2016 with 14 schools, and has expanded since. This year, the program’s $15.
Oct 23, 2018 1:15 AM By: Robynne Henry 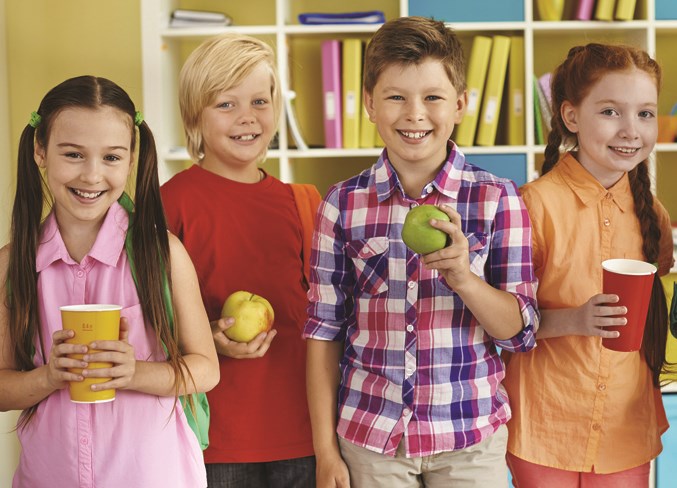 Students at local schools are benefitting from provincial funding.

Alberta’s School Nutrition program began back in the 2016 with 14 schools, and has expanded since.

This year, the program’s $15.5 million budget will help offer students across the province meals and snacks.

Principal and organizer of the breakfast program at Notre Dame Elementary School, Kim Reashor-Kaiser, said the meal has something from each of the four food groups and is a hit with students.

“We have 100 plus kids per day, especially on pancake Friday,” Reashor-Kaiser recalled, adding that the social aspect of attending is something students look forward to every morning.

CTS coordinator Amanda Wildman said the schools decided what to offer once they received the funding, which is unique to each student body.

“We did it based on need. The first two schools, there was a need identified for breakfast, and in the three schools that came on this year the schools identified a need for an enhanced lunch program,” Wildman explained.

While NLPS has been involved since the program’s pilot year, they’ve been serving up hot lunch at Vera M. Welsh Elementary School. It later expanded to Aurora Middle School.

This year, North Star Elementary was added to the list of schools offering a hot lunch program.

“Everybody has a lunch break... If you had to feed kids after they get off the buses for a breakfast, it would take forever. Your school instructional day wouldn’t start until much later,” explained NLPS dual credit coordinator Mark Centazzo.

The government’s continued investment into the nutrition program has had a positive impact on the schools that have received the grant.

“Nutrition is so important, and once students have proper nutrition they’re much more ready to learn. We’ve seen a lot of positive results from students receiving a nutritious meal,” Wildman expressed, adding that students are more on task, ready to learn, and show improved attendance.

It also eliminates the worry some parents may have about students eating habits, and allows kids to concentrate on their studies.

“The students are fed on a daily basis, most of our kids in remote areas often times don’t have access to cafeterias or local lunch programs in the schools... What this means for families, is they’re rest assured their kids won’t be hungry and can concentrate on learning and not on being hungry,” Centazzo detailed.

Wildman added, “Our district is just one among many, but it’s amazing to see that ongoing support and to see the government’s priority on ensuring that kids are well fed.”

Both school boards hope to continue to receive the funding in the future, and want to expand the programs to more schools.