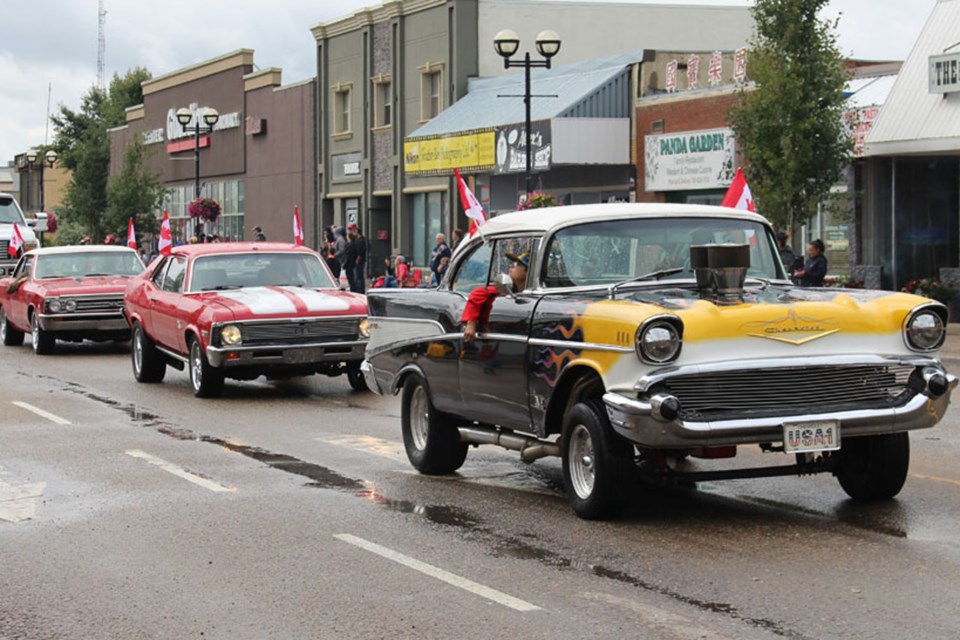 The Town of Bonnyville cancelled their Canada Day activities due to restrictions on mass gatherings. File photo.

BONNYVILLE – Fireworks won’t be filling the sky over the Town of Bonnyville to celebrate the nation's birthday on July 1.

Town council voted in favour of cancelling Canada Day celebrations during their May 12 meeting due to provincial COVID-19 restrictions on large gatherings.

The decision came after a recommendation from the town's Canada Day planning committee, which had spent a few meetings brainstorming different possibilities to bring before council.

“The Canada Day committee has been discussing the 2020 arrangements for some time now,” noted assistant CAO Bill Rogers. “Especially in light of COVID-19 and timelines for decision making for this event getting tight.”

That means the fireworks, parade, and other activities the municipality organizes to celebrate the maple leaf won’t be happening this summer.

What to do with the $50,000 budgeted for the event was another conversation. The committee suggested the money be dispersed, with $10,000 going towards this year’s Festival of Trees and $20,000 to be used for future Canada Day celebrations.

Coun. Elisa Brosseau, who is the chair of the committee, explained how they came to this recommendation.

“We thought instead of having just one big celebration next year to split it up for Canada Day 2021 and 2022,” she detailed. “Either we elaborate on the entertainment of the fireworks for the next two years and then we also thought if whatever turns out for the winter to have a bit of an extra celebration in the community around the Festival of Trees so that’s why we thought about putting a little bit of the money on that budget as well.”

According to Rogers, some other municipalities have already cancelled their Festival of Trees for the year due to the coronavirus. If that turns out to be the case for the local event, Brosseau noted the $10,000 would be a donation directly to the cause the Festival of Tree supports: the Bonnyville Child and Adolescent Mental Health Collaborative.

Bonnyville isn’t the only municipality cancelling their summer celebrations. City of Cold Lake council decided toward the end of April not to go ahead with there’s, while the provincial government announced May 1 programming for Canada Day at the Alberta Legislature also wouldn’t be happening due to the medical health orders.