Bonnyville’s Clayton Bellamy is planning on filming his next music video, Lie to Me, in his hometown on Saturday, July 24.
Jul 20, 2021 10:30 AM By: Robynne Henry 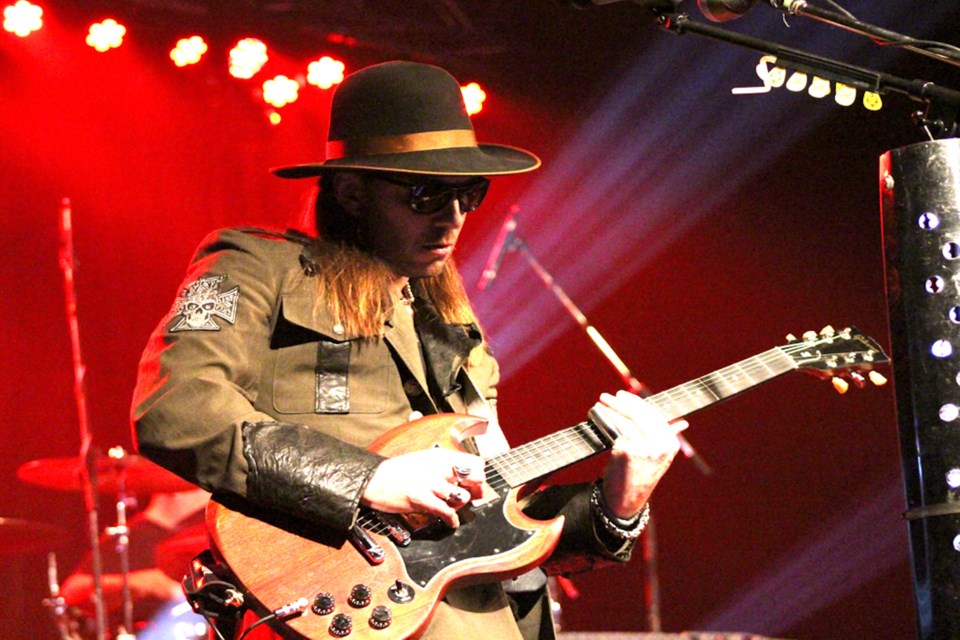 Clayton Bellamy and the Congregation are coming to Bonnyville to film their new music video for their upcoming album. File photo

BONNYVILLE – Bonnyville’s Clayton Bellamy is bringing his music back to his roots.

The musician is planning on filming his next music video, Lie to Me, in his hometown on Saturday, July 24. The song is the first single from his upcoming album with the Congregation, the Ugly Truth.

While this is the first time Bellamy has filmed a music video with the congregation in Bonnyville, it isn’t the first time he’s come back to his old ‘stomping grounds’ when it was time to make a new one.

“Making a music video is a really expensive endeavour and I’ve got a lot of resources here,” he said. “I’ve got friends to call upon here and I’ve got access to things like a great big field and floodlights. I also have friends to come out and be in the video. It’s just easier here because this is my stomping grounds.”

Bellamy also sees it as a chance to give back to the family and friends who supported him before and during his musical career.

“I’m very grateful and mindful of the fact that without the support of this community, I wouldn’t be where I am.”

There have been four singles filmed in the area for Bellamy as a solo artist and there have also been music videos for the Road Hammers, of who Bellamy is a member.

Bellamy described his new album as a unique, as it was almost completely recorded at home in the middle of the COVID-19 pandemic.

“It was interesting doing an album when you’re locked in the house, basically recording everything and sharing files back and forth. It’s an interesting way of creating music, creating and recording all of it online pretty much. We recorded the whole record remotely.”

He added, “It turned out to be, because of the restrictions that it gave us, the album ended up being creatively one of my best albums. I think it’s a lot more stripped-down because, obviously, you can’t get into a studio with horn players, background singers, and everything because the Congregation is a pretty big band. It led to it being a different sound, which I’m really excited about.”

After almost two years of no live performances, Bellamy played three shows earlier this month alongside the Road Hammers at the Calgary Stampede and in Saskatoon.

“They were all incredible. Nashville north, the Calgary Stampede, was just like it always was. It was thousands of screaming fans and everyone was having a great time,” he recalled, adding he hopes they were the first of many with COVID-19 restrictions being lifted.

There was a call out for extras for Bellamy’s music video, which the community answered very quickly. They only required roughly 30 people for the rock’n’roll church, but Bellamy encouraged anyone interested to send their requests to congregationmusicvideo@gmail.com.