Cooking up some fire prevention awareness

Although the Bonnyville Regional Fire Authority made the decision to cancel their fire prevention open house, other activities will be happening from Oct. 4 to 10
Sep 13, 2020 1:00 PM By: Robynne Henry 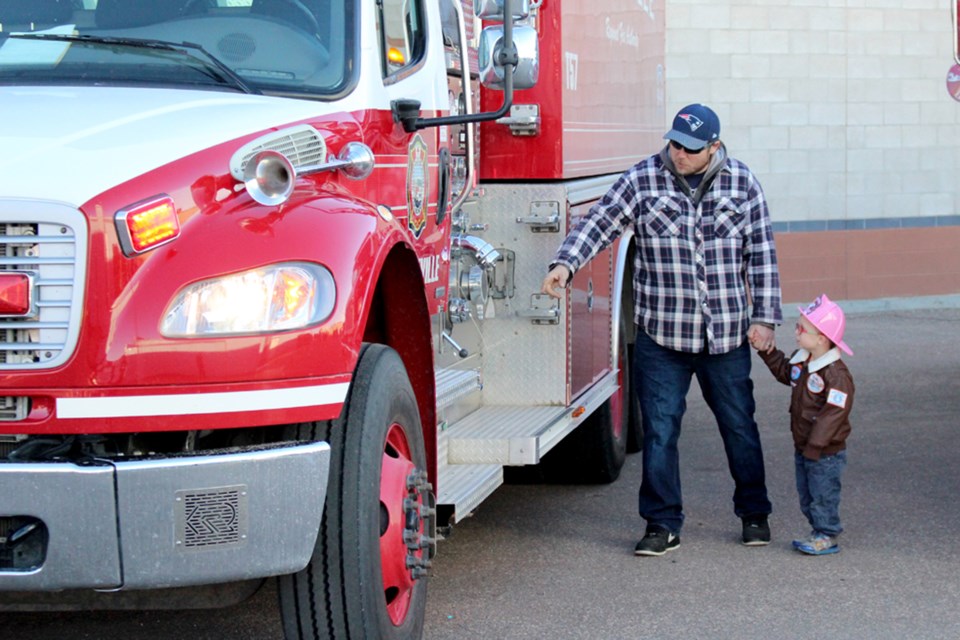 Fire prevention week is going to look quite different this year after the Bonnyville Regional Fire Authority cancelled their open house. File photo.

BONNYVILLE – The Bonnyville Regional Fire Authority (BRFA) is planning to serve up some fire prevention awareness this year.

Although it won’t look like it normally does due to COVID-19, the BRFA will still spend Oct. 4 to 10 emphasizing the importance of education and spreading the word throughout the region.

“Anything to do with fire prevention should be a focus every day of the year,” said BRFA fire chief Jay Melvin.

A staple of fire prevention week in Bonnyville was cancelled this year. The Station 5 open house, which was scheduled for Oct. 6, typically had fire truck tours, vehicle extraction demonstrations, and firefighter meet and greets for families that stopped by.

“We’ve always had very large representation when we do our fire prevention week activities and the open house has been a big event that the community looks forward to in October,” Melvin explained. “Unfortunately, with COVID-19 and to protect our staff and responders, there’s no way we can have that open house event, which normally has drawn in the past in excess of 1,000 people.”

Instead, the BRFA is in the process of figuring out what their fire prevention week will look like. An important aspect has been to ensure all of their fire departments are included, which includes Goodridge, Glendon, Iron River, La Corey, Fort Kent, and Ardmore.

“They also participate within their own regions in fire prevention activities, so we’re looking at everything,” noted Melvin, adding they’re working under the assumption they also won’t be able to visit schools as they’ve done in the past.

“We know that may not be possible, but we’re looking into using some kind of online platform that we can get into the classroom virtually instead of physically because we don’t want to put the kids at risk. We don’t want to put our responders at risk for any type of exposure, so we’re just looking right now at developing the plan moving ahead to do our campaign.”

This year’s theme is 'Serve up Safety in the Kitchen.' It's one that Melvin believes is more important than ever with the increase in kids being home doing at-home learning.

“People these days are starting to teach at home and homeschool. Kids are home more than they would normally be in the day time, and right now we just want to ensure that families are as safe as possible and they’re aware, especially if there’s small children or younger adults around, that they are as safe as they can be in the kitchen, and we don’t have any fires or burns or anything like that can impact that family."

This year’s campaign will include tips on creating kid-free zones in the kitchen, how to extinguish a small fire with a lid, and staying focused and alert while cooking.

According to Melvin, the Bonnyville-area has seen an increase in structure fires within the last year, and the fire prevention event is meant to help prevent them from happening.

“We just want people to make sure that they’re doing things as safely as possible and we don’t want homes burning down in the community that could have been prevented because of a lack of knowledge or understanding of the risks,” he said. “Especially kids these days, everybody is on their phone and they’re occupied doing other things and sometimes mistakes can happen. We’re just trying to continue on providing those ideas that can help families and we will continue to do it this year, it will just be something different.”