Town of Bonnyville Coun. Ray Prevost won't be running in the upcoming election. He has spent 24 years in local politics.
May 11, 2021 1:30 PM By: Meagan MacEachern 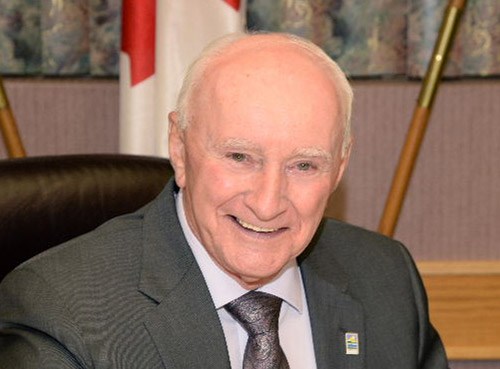 After 24 years serving the community as a town councillor, Ray Prevost is leaving politics.

BONNYVILLE - For Ray Prevost, becoming a councillor wasn't about having an axe to grind, it was about moving the town forward.

“I always had an interest in town politics. I followed it pretty close, understood the issues the best I could with the knowledge I had at the time, I took a strong interest in where the town was going,” said Prevost.

After 24 years serving the community on council, this will be Prevost's last term.

“I think it’s time. I am 76-years-old, I am probably sharp enough to do more, but I think it’s time for younger people to pick up the ball and run with it,” he expressed. “At 76-years-old I keep telling myself the next five or six years have to be mine because it’s a short trip from 76 on, so I think this is the perfect time for me to walk away."

Prevost's first stint on council started in 1983. After his wife fell ill "and things didn't go well," he took some time for his family before returning as a councillor in 1998.

He credits his father's interest in politics for what drew him to it in the first place.

“I have always had an interest, especially in town politics. I always thought it was the closest to the people.”

Between the town applying to get unionized, financial struggles, and what Prevost described as a bit of descension among council, he felt he could make a real difference.

“I remember my speech very well, but I do remember I was making a pitch for a total operation review of how the town was functioning at the time from top to bottom. I remember telling everyone ‘I’m not here because I have an axe to grind. I am not here to start trouble.’ I just wanted to move the town in a good direction,” Prevost detailed.

Prevost spent roughly 15 months in the mayor's chair in 2004 before settling back into his position as councillor.

Born and raised in Bonnyville, Prevost spent most of his life working as an EMT, one of Bonnyville's first in fact. He eventually became manager of the local ambulance service, a position he held until his retirement.

When looking back over the past two decades, Prevost thinks of his time on council fondly.

Some of the highlights of his political career are the Bonnylodge, the splash park, and the Léon Paul Bougie Ball Park, to name a few.

The councillor also faced some trials, such as the COVID-19 pandemic, the ID 349 agreement, and getting Cold Lake water to Bonnyville.

“You can’t be here for 24 years and not face some challenges,” he told Lakeland This Week.

He regrets not putting more emphasis on a personal project he wanted to see through.

“I always had this thing in my mind that I should have been able to light up the trail. I always wanted to put lights on the trail from the east to the west, especially now that it’s planning to go all the way to Moose Lake,” explained Prevost. “I thought someone would buy a lamp in memory of someone. I was ready to kick it off with one lamp in memory of my wife."

Unfortunately, he said, somewhere along the way "I dropped the ball and that was one of my disappointments."

Even though he won't be found sitting in town council chambers following the upcoming election, he will keep up with local politics.

Prevost wishes the future council the best of luck, hoping he leaves the town a little bit better off than when he started.

“I hope when I leave that I left a chair that’s very warm for someone to take over."