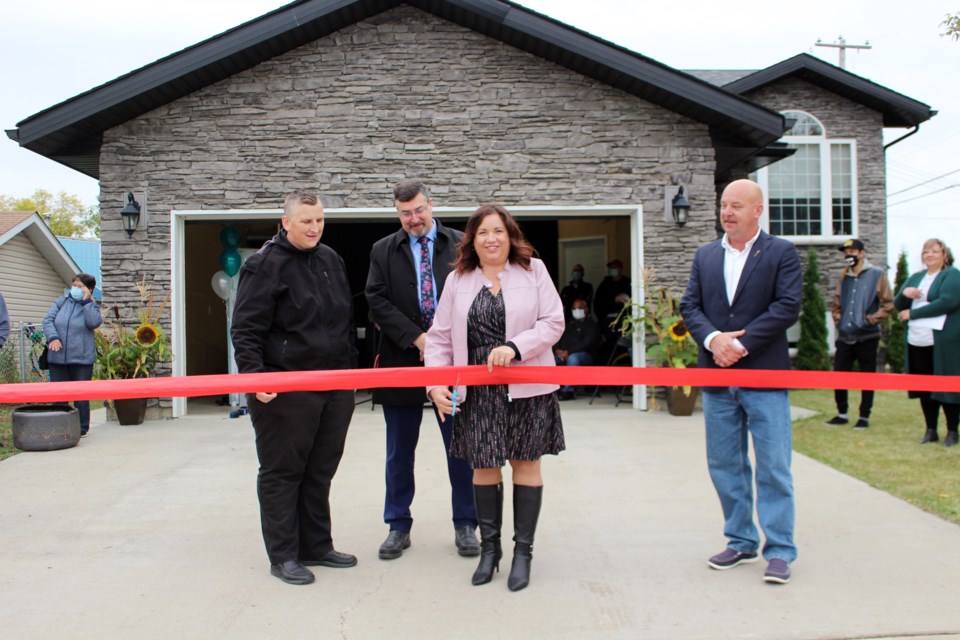 BONNYVILLE – The Bonnyville Friendship Centre is giving a helping hand to those who struggle to find permanent housing.

The grand opening of the men’s homeless shelter was held on Sept. 14. The facility will be able to house eight men at a time.

“We do have an intake process where our clients will be responsible to sign in with us to do an intake package from 8:30 a.m. to 4:30 p.m. at the friendship centre,” explained community initiatives coordinator Janet Gobert. “They will be required to take part in the employment strategy program that we do have at the centre as well.”

The shelter will be open for six months and the hope is to make it a permanent fixture in the community, which is dependent on finding further funding. The friendship centre would also like to develop a women’s shelter.

Town of Bonnyville Mayor Gene Sobolewski is in favour of the shelter remaining in town.

“It needs to become permanent because there’s such a demand and need in our community for it,” he stressed.

Someone can stay at the shelter for up to three months at a time, but exceptions can be made if someone needs an extension.

A security system was installed to ensure no one who shouldn’t be in the home will have access. Drugs, paraphernalia, or alcohol will not be allowed in the house at any time.

Gobert described the project as near and dear to her heart.

“As human service workers, many times we form certain relationships with clients, however, more often than not we’ve met with a client one-on-one and we’ve given snapshots such as pictures into what has shaped them into who they are today. Many times, the stories are heartbreaking and oftentimes frustrating,” she expressed.

One particular story Gobert heard was from a man who fell through the cracks of the system when he was seven-years-old. Now, he only knows life on the street.

“It was this individual, who’s been missing since April, that sparked a need in my mind for a shelter. It was this individual who gave a face to homelessness to our staff. Last winter, we saw clients coming to access our services and we’ve seen an increase in individuals facing housing insecurities. This is now intensified with the current pandemic.”

Gobert added, “The homeless need a safe space and this really hit home when the prior mentioned individual came to see me at the centre. He was clearly upset and said ‘Janet, I want to be safe.’ To wherever he is today, I truly hope you are safe.”

For those who may be doubting the need in the area, Bonnyville-Cold Lake-St. Paul MLA David Hanson encouraged them to imagine they had no place to go on a particularly cold September day.

“You have to spend the night out and it’s going to get chilly… Whenever anybody questions a need for a shelter, maybe you should go out, spend the night on the street yourself, and then you’ll understand quickly the need for it,” he stated.

Lauri Fitzpatrick, executive director of the Bonnyville Friendship Centre, offered thanks to the community for backing the centre and the newest project.

“The people of Bonnyville have extended themselves in so many ways to the operation of the Bonnyville Friendship Centre. I would like to acknowledge all of our volunteers and the individuals in this community who continue to support us, especially with our food bank, clothing depot, community kitchen, and now the homeless shelter.”