Town of Bonnyville requesting a meeting with Alberta's transportation minister 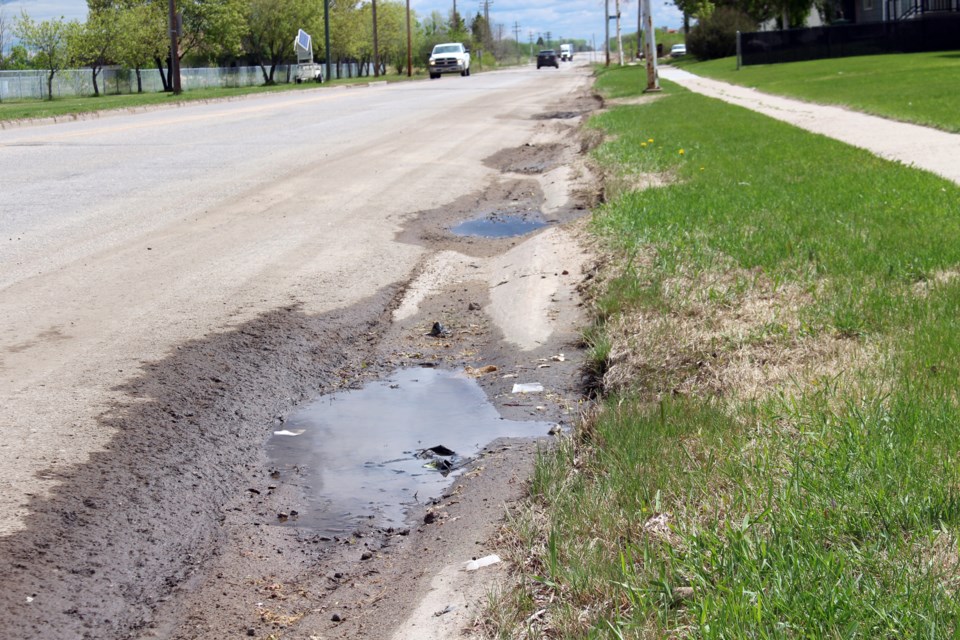 The Town of Bonnyville will be requesting a meeting with Alberta Transportation Minister Ric McIver to discuss the damage on main street. Photo by Robynne Henry.

BONNYVILLE – The fight to get the damage fixed on the east end of main street in Bonnyville seems like it's far from over.

The town will be requesting a meeting with Alberta’s Transportation Minister Ric McIver to discuss damage to 50 Ave., which is considered part of Hwy. 28, after their request for the province to fix the area was declined by the Ministry of Transportation.

“After review by Alberta Transportation, their view is that there’s a gutter in place that meets the needs of the drainage and it’s in acceptable condition,” CAO Bill Rogers told council during their June 23 meeting. “They maintain the roadway from curb to curb and the curb and gutter is ultimately the responsibility of the municipality should we wish to replace it.”

In the letter, regional director Michael Botros said, “New installations, such as the one requested, would be the responsibility of the municipality and can be done under a development permit, however, major replacements, these requirements are reviewed and could be included in future construction projects if needed and funding allowed.”

Botros also included the province’s highway maintenance guidelines, which reiterates that Alberta Transportation will repair a curb or gutter if it’s required for safety or drainage issues but routine maintenance of curb and gutter will be the responsibility of the municipality.

“Our argument that they should put in the curb because there doesn’t seem to be any, was countered by the fact that there’s a gutter there in an acceptable position,” detailed Rogers. "[Basically what Alberta Transportation told us is] we acknowledge our guidelines say that, but in fact, those are just guidelines. Our practices with lots of municipalities that have the issue you’re having and our position is if this were 20 years from now when we’re going to rehabilitate the pavement, maybe we might look at co-funding with you or something but it’s out of the question right now.”

Mayor Gene Sobolewski took an issue with the way Alberta Transportation chooses how their guidelines apply.

“They tend to be very judicious when they apply them. When it’s not in their favour, they’re applied to us and when it happens to work in their favour for whatever they do then their guidelines are basically the rule book and that’s what they follow judiciously,” he exclaimed.

The town did submit the project to Alberta Municipal Affairs for the provincial stimulus funding and anticipate it could cost anywhere between $125,000 to $150,000.

Council agreed the damage needs more than a ‘band-aid fix.’

“The water, which is really on the road, there’s a big hole where a lot of those places are and what happens is that hole fills with water and sneaks under the curb and it creates a bit of a cavity,” explained Coun. Ray Prevost. “When heavy equipment or a heavy truck hits the curb, it breaks the curb. It’s unacceptable to leave it in that condition.”