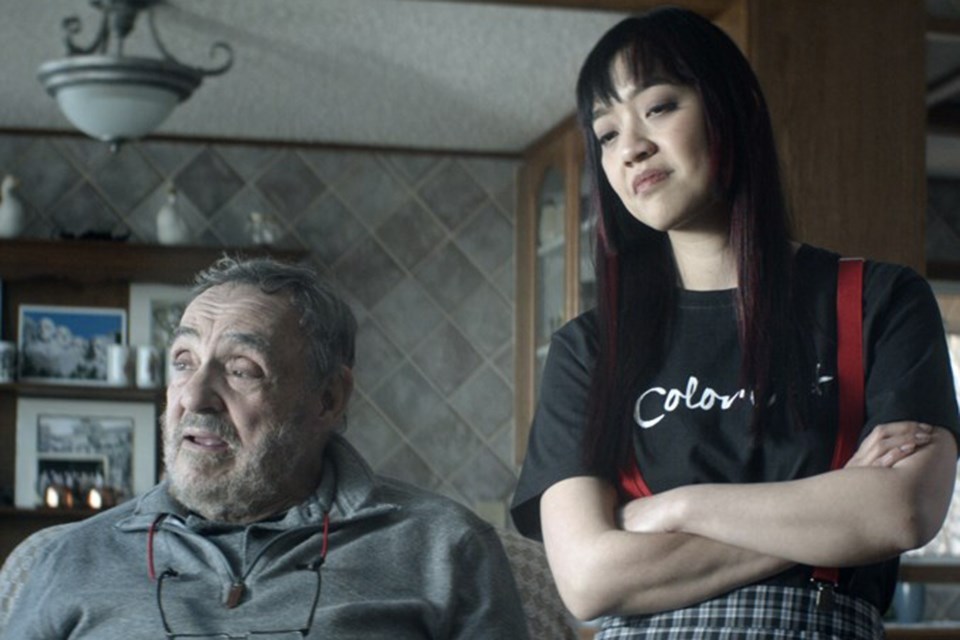 Moments in Spacetime was chosen as the best foreign film at the Worldfest Houston International Film Festival. File photo.

LAKELAND – A film shot and produced in the Lakeland is gaining international fame.

“We’re extremely proud and grateful for this prestigious award that we would like to share with everyone that played a role in making it,” Patty Srisuwan, who starred in the film, told the Nouvelle.

Moments in Spacetime tells the story of 12-year-old Macie, played by Srisuwan, after being adopted by a Canadian family. As Macie adjusts to her new life, her parents have a biological child and she takes care of her dementia-ridden grandfather, played by well-known actor John Rhys-Davies.

The film's honest portrayal of these subjects is what Cowden believes made it stand out during the Houston film festival.

“I think, especially those two issues and covering them the way we did, were quite eye-opening at the film festival and that was one of the reasons I think we got rewarded for the film.”

Cowden based Rhys-Davies’ character on his own grandfather, who suffered from dementia and passed away the week he finished writing the screenplay.

“My experience in talking with other people, especially after we showed the film in the Lakeland or after people saw it, I had so many people talk to me about their own experiences with dementia, whether it was a parent, grandparent, or someone close to them,” he expressed. “It seemed like almost everybody I knew had dealt with this issue in some way and the film really spoke to people. I think it started a conversation on dementia that I think people need to be having and so that was one of the goals with that.”

Macie learning how to deal with her new life in a new country was another important aspect for Cowden, as he wanted to shine a spotlight on immigration in Canada.

“We wanted the audience to experience the life of an immigrant for two hours and see what that’s like from the inside,” he said.

When deciding where to shoot the film, being able to showcase his home region was an opportunity Cowden couldn't pass up.

“The Lakeland is almost displayed like a character in the story the way we used the setting and I think we were able to showcase the unique character of the Lakeland that made it more visually interesting."

He added, “A really important thing for us was the setting. We made it in the Lakeland and in Canada and it also takes place in the Lakeland and Canada. There are a lot of films that are filmed in Canada but take place in Seattle or something like that. It was important for us to showcase this area and to showcase Canada playing itself for the rest of the world to see it.”

Cowden is hopeful this won’t be the last recognition Moments in Spacetime receives and they’re waiting to hear back from a few more festivals before audiences all over can enjoy the film from the comfort of their own homes.

“We’ll have a festival run over the next several months with the film so that international audiences get a chance to see it and after that, we’ll be releasing it to the public.”

Although filming has wrapped in Cold Lake and the surrounding area, Cowden stressed the importance of receiving support from the City of Cold Lake and Town and MD of Bonnyville councils.

“I want to thank those people and those entities one way or another because we explained that we wanted it to be the Lakeland. We wanted it to be its own character, and we want people to see that you can film up here.”