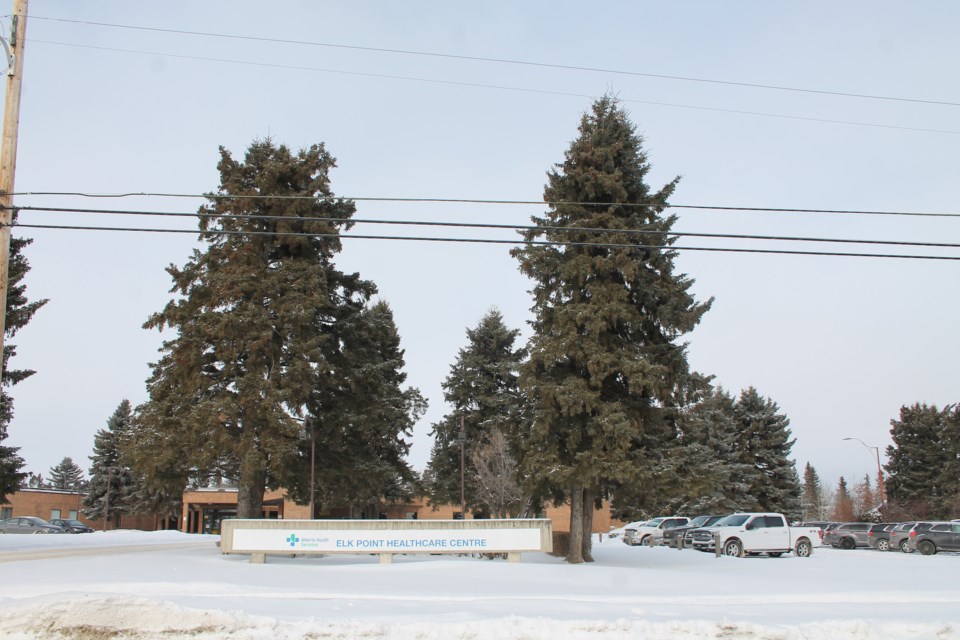 The Elk Point Healthcare Centre was quieter than usual on Thursday, when the Emergency Department was closed for 24 hours when no on-site physicians were available.Vicki Brooker photo

ELK POINT - Things are back to normal at Elk Point Healthcare Centre on Friday, after the Emergency Department was closed for 24 hours, starting at 8 a.m. Thursday, with patients redirected to surrounding healthcare facilities.

“This was definitely not something we wanted,” Mayor Lorne Young said, adding that he understands the circumstances.

With Dr. Adenike Ashaolu now the only full-time physician in Elk Point, remaining Emergency Department shifts have been covered by locums and doctors from neighbouring communities, but for that period, there were none available.

“I got the heads up from AHS (Alberta Health Services) the night before that they had no doctors available to take a full 24-hour shift. This left the hospital open, but without the Emergency Department,” Young said. “I talked to a fellow at AHS who said this wasn’t what they want to have happen, but there were just no doctors available. They are hopeful this doesn’t happen again, but I’m a realist.”

The mayor says there is “a little bit of positive news from AHS. They say they are very, very close to signing a contract with one, possibly two doctors. But, there’s a whole series of steps to be taken before a doctor could actually arrive here, three to six months after they’ve signed. It looks like it will be well into spring before we get another doctor.”