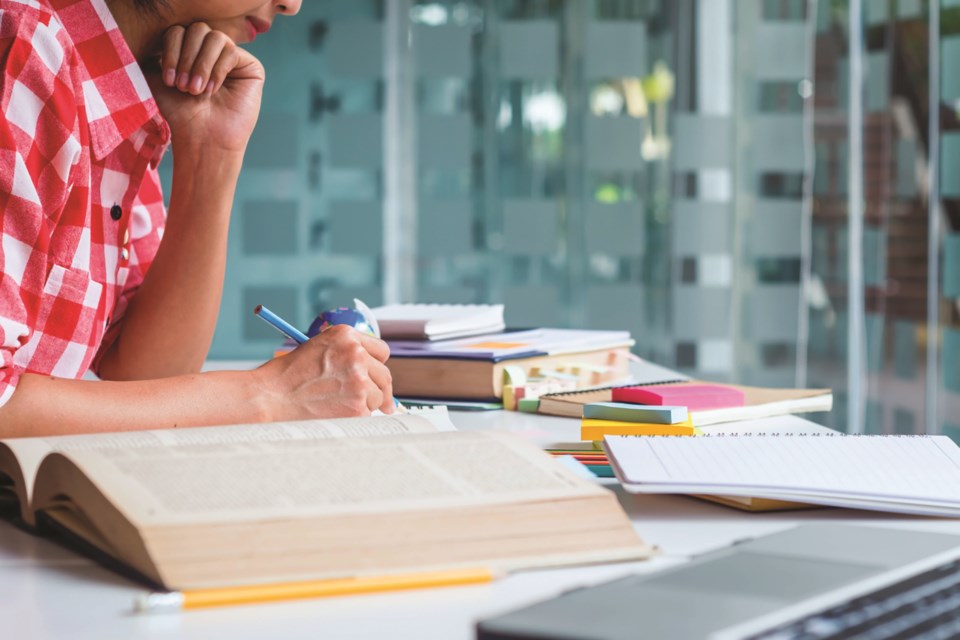 Provincial cuts to post-secondary funding have the potential to further threaten the future of Alberta’s only French-language post-secondary institution - Campus Saint-Jean, which for years has suffered from chronic underfunding, according to the president of the Association canadienne-francaise de l’Alberta (ACFA).

Advocating for Alberta’s French-speaking community, the ACFA is concerned over what the 13 per cent post-secondary funding cuts announced earlier this year will mean for the French faculty, with the potential being to push an already bad situation over the edge, Sheila Risbud said Friday.

Campus Saint-Jean, formally known as Faculte Saint-Jean, has been in existence since 1908. In 1976, the Oblate Order of Priests signed an agreement with the University of Alberta and the Province of Alberta outlining how the programs would be operated, maintained and improved upon by the university with the support of the province.

"Since that time, the funding has not kept up with the demand and so the situation we find ourselves in now is the result of years of underfunding,” Risbud said.

In response, the ACFA has launched a civil court challenge claiming the university and Province has failed to live up to their end of the bargain to ensure the maintenance and growth of the faculty and, in doing so, is falling short of guarantees under Section 23 of the Charter of Rights and Freedoms pertaining to  French education.

“The first reason that we started to get alarmed was we saw there was an imminent threat to course offerings in programs this fall coming in. Then as we started to have discussions with the U of A and Province, we heard about the U of A Tomorrow initiative which is really a visioning of what the U of A will look like - given that the U of A is undergoing some significant cuts in the next few years,” Risbud said.

There are several scenarios that go along with the visioning and one that is most alarming to the ACFA is a proposal to reduce the number of faculties that exist at the university.

“We had an underlying underfunding issue, some additional cuts and now there is the threat that the Campus Saint-Jean could either get moved to the main campus or that its programs could get disseminated within existing faculties at the U of A.”

Risbud said while she believes there are some good intentions on behalf of the university, she also recognizes that hands are tied because there are only so many resources to go around and the province has been adamant cuts must be made.

“Campus Saint-Jean is an integral part of the University of Alberta and occupies a meaningful space with a long history in Alberta’s francophone community,” reads a statement made earlier this month by Steven Dew, U of A Provost and Vice-President. "The University of Alberta is committed to working together with our community stakeholders to develop a long-term solution to the complex issues associated with the funding and delivery of French-language post-secondary education in Alberta.”

Therese Siemers said Campus Saint-Jean is a huge part of her family’s history and likewise of other families throughout the Lakeland region, which has strong French-Canadian roots. Her uncle Father Emeric Drouin was a history professor at the school for many years. She studied there in the early 1990s and recalls growing up in St. Paul at a time when French was the majority language spoken in the community.

“Now we are a minority, and it becomes ever harder to keep your mother tongue,” Siemers said. “So many of us married someone who doesn’t speak our language, and we rarely speak it, unless we meet a person who speaks French.”

Nevertheless, she said, French is an official language of Canada and the French-language education that has been provided through Campus Saint-Jean over the years hands down beats immersion programs at the post-secondary level. Siemers is dismayed that Campus Saint-Jean's future as it currently exists is in jeopardy.

“The faculty is the only place for Alberta French teachers to get a teaching degree in French. Or, for French teachers in public English-speaking schools to learn French properly,” Siemers said.

“Let’s face it, French programs taught in the main campus of the U of A are absolutely a total waste of time. You want to learn French, go to a real French school.”

RCMP seize drugs and cash
Sep 18, 2020 2:30 PM
Comments
We welcome your feedback and encourage you to share your thoughts. We ask that you be respectful of others and their points of view, refrain from personal attacks and stay on topic. To learn about our commenting policies and how we moderate, please read our Community Guidelines.