RCMP looking to the public for help in finding those responsible for suspicious fires in the Two Hills area
Jul 30, 2020 5:45 PM By: Janice Huser 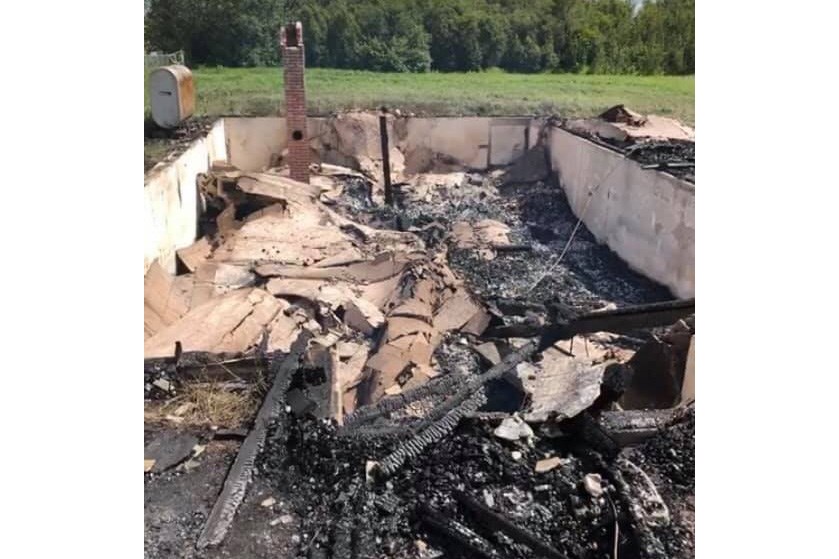 All that is left of the Holy Trinity Catholic Church is rubble. The church was one of two suspicious fires that occurred between July 24 and 25 in the Two Hills area. Photo courtesy Two Hills Fire Rescue.

TWO HILLS - A piece of local history was lost when a church in the Two Hills area was destroyed by what RCMP have now confirmed as being one of two suspicious fires happening within a short period of time.

Emergency crews responded to two fires in just a few hours in the region, south of the community of Two Hills.

Just before midnight on July 24, Two Hills RCMP responded to a structure fire in a rural area south of Two Hills. While on scene with emergency and fire services, a second fire was reported just three kilometres away at the Holy Trinity Catholic Church, also known as New Kiew.

"The church was completely destroyed and both fires have been deemed suspicious by a fire investigator," according to RCMP. "No one was injured as both buildings had no occupants inside."

Two Hills Fire Chief Marjorie Skoropadyk confirmed she was in command the night of the fires. She says responding to the fires was like a flashback to this spring when the fire department, along with other area departments, responded to five fires that were deliberately set in the same area.

First, Hairy Hill Fire responded to a structure fire the evening of April 20. Then, in the early morning hours of April 21, Two Hills Fire was called to three fires. The other fire in the area crossed into the County of Minburn and was attended to by Vegreville Fire, according to Skoropadyk.

"We are asking residents in and around these areas to keep an eye out for any strange vehicles in the area. Also, be mindful of any vehicles you may recognize, but are seeing in odd places at odd times of the day or night," said the fire chief. She also asks people in the area to check trail cameras or security cameras for anything suspicious.

While all property has value and meaning to someone, Skoropadyk said the church being targeted "really hurt." She notes that some of the nearby graves are dated back 100 years.

Responding to fires that have been deliberately set carries a risk to everyone involved, she added. For example, it takes time for the fire department to take down their equipment and move to another site, and if an emergency were to occur elsewhere, response time would be affected.

"It's putting our residents at risk."

According to RCMP, two vehicles were spotted in the area at the time of the fires and police are looking for more details as to who the owners of the vehicles are.

The first vehicle is a white ford F250 or 350 single cab, with a headache rack, cab and fog lights, with a red tidy tank

The second vehicle is also a Ford 250 or 350 four-door, canopy (truck cap), possibly with a roof rack.

Two Hills RCMP continue to investigate and are asking anyone that may have been in the area of Range Road 133 and Warwick Road between 11 p.m. on July 24 and 2 a.m. on July 25 to contact them if they saw anything suspicious or have additional information on the vehicles that have been described.

If you have information, please contact Two Hills RCMP at 780-657-2820 or any local police. If you wish to remain anonymous, contact Crime Stoppers at 1-800-222-8477 (TIPS), online at www.P3Tips.com or by using the "P3 Tips" app available through the Apple App or Google Play Store.