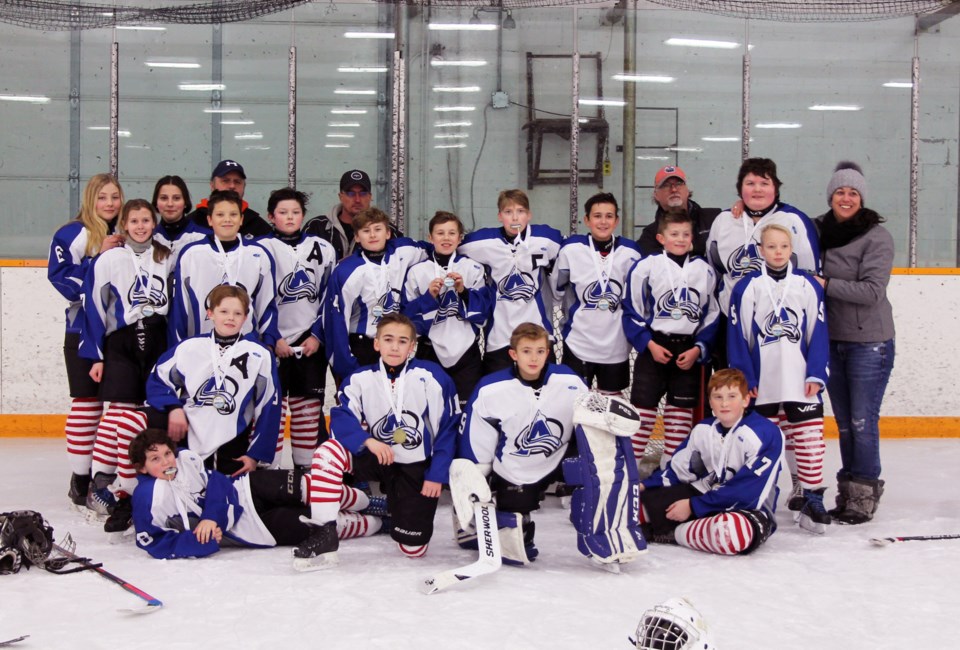 ELK POINT - For the second consecutive year, Elk Point Minor Hockey was one of three hosts to the Winterland Invitational Hockey Tournament, a fundraising initiative for Ronald McDonald Houses in Alberta.

Last year for the first time, they joined Bonnyville and Glendon as one of the host locations for the 36-team Atom and Peewee tournament that brought over 550 families to northeast Alberta. The three arenas were buzzing all weekend with a total of 63 games between noon on Friday and 2:30 p.m. Sunday, including finals in nine pools, with two of those finals, the Atom Pool C and the Peewee Pool G, held in Elk Point on Sunday.

Elk Point Peewee Avalanche were part of the action this year and played two games on their home ice, their first game on Friday night a 4-1 victory over Bonnyville 2. Saturdaysaw the Avalanche travel to Bonnyville, where they edged out the Edmonton 289 Hawks by a single point, with a 3-2 final score. Sunday saw them play back-to-back games against the Sherwood Park Generals, the first game in Glendon, where they suffered a 6-3 defeat, and the second game at home, where as the second place team in the pool, they met the undefeated Generals in a rematch in Elk Point which earned them the silver medals for a hard-fought 5-3 loss.