MLAs claim to be "defending livelihoods and freedoms of Albertans"
Apr 7, 2021 5:00 PM By: Clare Gauvreau 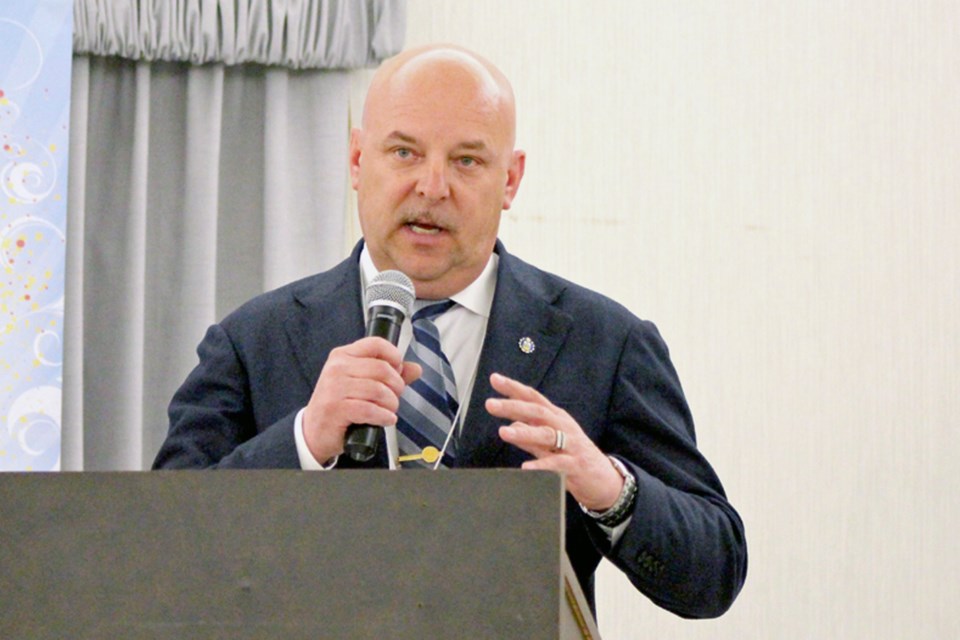 MLA Dave Hanson said he is 'not trying to cause trouble' by signing letter of opposition to latest round of government restrictions.
LAKELAND - Bonnyville-Cold Lake-St. Paul UCP MLA Dave Hanson is among 15 UCP caucus members who have signed an open letter to Albertans denouncing their own leader’s latest move to increase public health restrictions as COVID-19 cases continue to increase across the province.

“We believe that yesterday’s announcement to move our province backwards, effectively abandoning the plan that Albertans had worked diligently over the past months to follow, is the wrong decision,” states the letter.

Claiming to have heard from their constituents, who “want us to defend their livelihoods and freedoms as Albertans,” the MLAs contend they have raised concerns at the highest levels of government but have not been heard themselves.

The letter suggests the government is straying from the “path forward’ adopted by the government and announced by Premier Jason Kenney earlier this year, one that they believe “outlined a step-by-step plan to lift restrictions and restore confidence for our small businesses and communities.” As a result, they are publicly denouncing the Premier’s move to impose additional restrictions again, including shutting down inhouse dining at restaurants as of this Friday.

“I think the letter says it all actually,” Hanson said when asked what spurred him to add his name to the letter. “I didn’t agree with the speed of it, without any real warning I guess was my biggest frustration.”

Hanson said there has been a delayed response previously from his government in opening things up when COVID numbers were declining, but as soon as the number of COVID cases began to rise immediate action is taken to shut things down again.

“What did we get? Eight hours’ notice on some of this stuff? So that’s the frustrating part for me,” he said, Wednesday afternoon. “I voiced my opinion in caucus against it and a lot of my colleagues did as well. We’re just trying to put forward as caucus members the opinions we’re hearing from our constituents - that’s our job as MLAs. Some of us decided that we need to make sure that the message gets out to our constituents that we are actually trying to stand up for them.”

The push back from some of his own MLAs likely hasn’t come as any surprise to Kenney, who hinted during yesterday’s public announcement that not all his MLAs were on the same page with this latest round of restrictions.

“I know some Albertans will disagree with the government’s decision today and that includes undoubtedly some people within my own caucus and party. I fully expect to hear some of those opinions publicly in the coming days and I welcome that . . . It’s not surprising that Albertans' elected officials also have diverse views on how best to handle the pandemic.”

Hanson said he would have preferred Kenney to have warned Albertans to toe the line on existing public health measures, recognizing the trajectory was heading in the wrong direction.

“Our restaurants up here that don’t have access to patios, it’s going to be tough on them and some were barely hanging on as it was . . . My support on Facebook has been 100 per cent positive so far for that letter.”

Asked about the potential impact on hospitals if COVID numbers continue to spike, Hanson said he understands that concern but maintained he is speaking up “for what I’m hearing from the majority of my constituents and lot of my colleagues felt the same way. I’m not in this alone by a long stretch.”