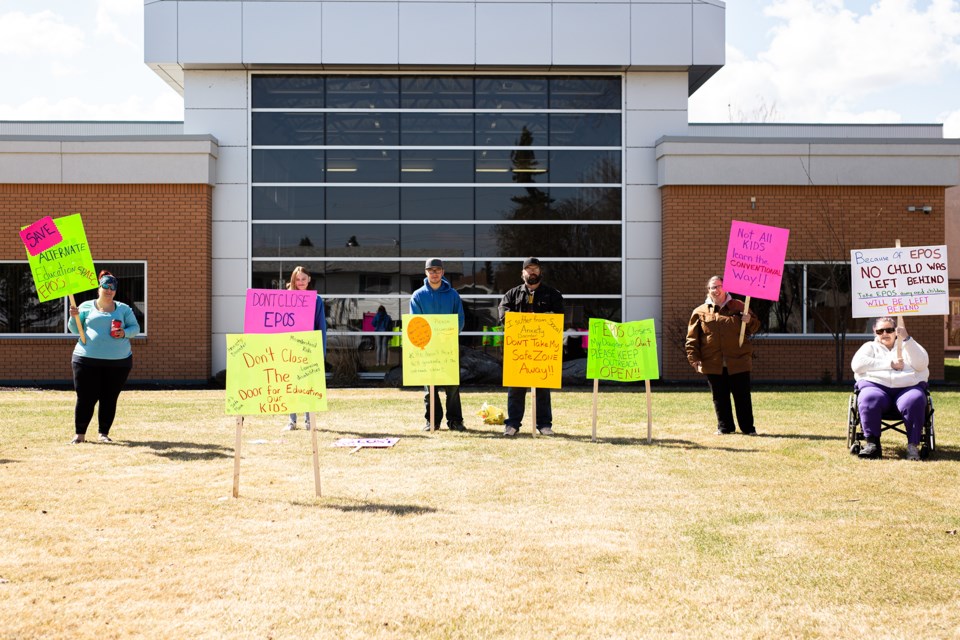 ST. PAUL/ELK POINT - A number of concerned parents and community members took part in an online meeting Thursday night, to express their concerns over the potential closure of Elk Point Outreach School (EPOS).

On April 29, St. Paul Education Regional Division (SPERD) superintendent Glen Brodziak recommended the closure of two outreach schools in the area – Horizons Outreach in St. Paul and EPOS. Much of Thursday’s discussion was concentrated on the Elk Point site.

Opening the meeting, Brodziak gave a presentation, speaking about the reasons behind the recommendations. When speaking specifically about Elk Point, it was noted that an estimated 12 students would be attending the school.

An estimated $50,000 deficit would be expected at Elk Point Outreach for the 2020/21 school year. Brodziak explained that many other schools in the division would like to have outreach schools, but it simply isn’t feasible.

The superintendent pointed to the fact that the division was projecting a $1.6 million deficit at one point, and the board directed administration to look at every area and find a way to save $1 million.

“We will have less teachers and less educational assistants next year,” said Brodziak, when speaking about the situation as a whole. All areas have been reviewed to be able to cut $1 million from the budget.

He acknowledged that the program at EPOS is a “great program” but the division has to live within its means, which is why he recommended the closure of the school. Students who attend the two outreach schools would be moved to other schools in their communities, such as FG Miller in the case of the Elk Point students. Supports would be available to the students, along with staff members who would be transferred also.

“I honestly read your letters. I read them many times,” said Brodziak, adding, it’s a tough situation, especially when it’s supposed to be “kids first.” But, the superintendent was confident a similar, although somewhat different program, could be replicated at FG Miller.

Carole Kulczycki was the first parent to speak during the meeting. She noted that some students have social anxiety and mental health issues that make it impossible for them to attend a regular school setting.

“I hear you in that,” said Brodziak. He added that students would be given flexibility in when they go to school, and efforts would be made to work around their needs.

Angela Sanregret also spoke as a caretaker. She said her nephew experienced the loss of his mother earlier in the year, and losing his school will be very difficult. She said EPOS was the only place he felt safe and secure and he refuses to go to another school.

“I’m very worried about his emotional state,” she said.

When speaking about the effects that the current pandemic may have on some students, Brodziak acknowledged that no one knows what things will look like in the coming year. But, the division has committed to keeping its Family School Liaison Workers, success coaches and other counselling supports.

Lawrence Pidluzny, a retired teacher, asked what it would take financially to keep EPOS open. During the discussion, it was noted the landlord of the building being used for EPOS has offered free rent, which would decrease the deficit by about $12,000.

Brodziak acknowledged the offer as being a factor the board will have to consider in making its decision.

Terry Hampson, deputy mayor of the Town of Elk Point, spoke on behalf of the municipality. She said she felt like a decision had already been made in regards to the closure of EPOS, prior to the meeting taking place. She also noted the division hadn’t approached the Town of Elk Point prior to last week’s meeting.

Brodziak affirmed that no decision had been made, and it was only a notice of motion that was put forward at the April 29 meeting in order to continue moving forward with the process.

Hampson asked about a possible regional outreach school, to which Brodziak noted that St. Paul Alternate Education (SPAEC) does accept students from throughout the area and currently has about 55 students. He noted the challenge there is transportation.

When asked about staffing levels at SPAEC, and if a position could be cut to allow for EPOS to continue, Brodziak said he felt SPAEC was staffed fairly when compared to the rest of the division.

Hampson asked if there could be a one-year freeze on the decision, to which the Brodziak replied, “We have to make decisions. It hurts to say that.”

Brodziak also went over the new funding structure put forward by the provincial government, which includes $150,000 for each division that has an outreach school, but it doesn’t matter if there is one outreach school or nine outreach schools in the division, that number is still the same.

Near the end of the meeting, Trustee Lorne Young, who represents the Elk Point area on the SPERD board, and is also the mayor of the Town of Elk Point, spoke about the potential closure of the school.

Young thanked the parents and community members for taking part in the meeting and being “brutally raw.”

“I know mainstream education doesn’t work for everyone,” said Young. He said all information presented will be considered when making a decision.

“We look at the budgets and we look at the human side,” said Young, adding, “Thank you for painting a human picture.”

“It’s a very difficult conversation” and decisions made now will not only affect current students, but also students who may need the school in the future.

In closing, Brodziak acknowledged that even minor changes in the school system can cause stress to students, and the potential closure of a school is a big change.

“I want to thank you for your kindness and your sincerity,” said Brodziak.