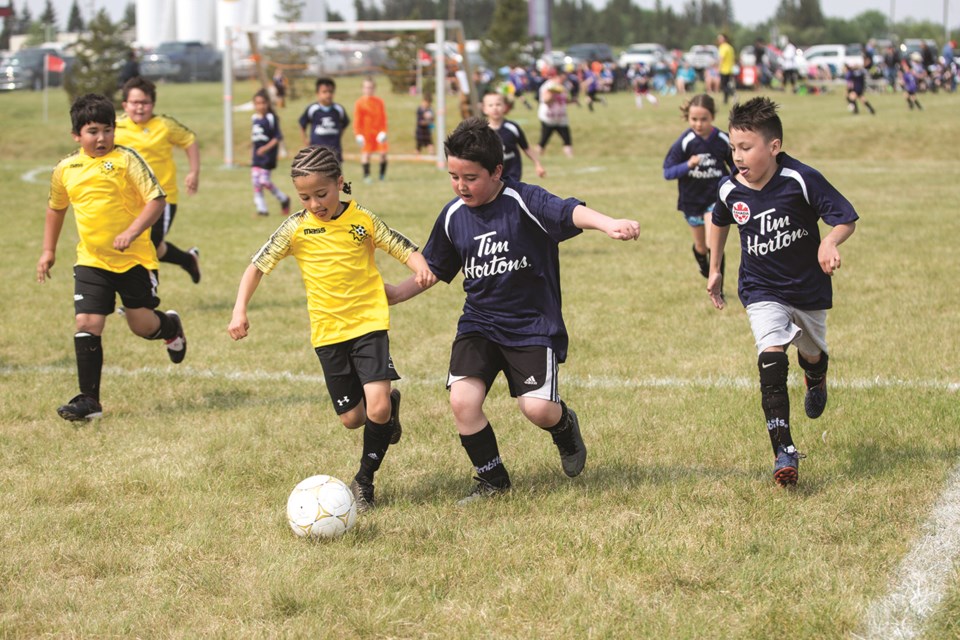 St. Paul Soccer likely won't be holding any summer training this season. The 2020 spring season was cancelled due to the COVID-19 pandemic.

ST. PAUL - While the Government of Albert has given the OK for sports leagues to return to training, some St. Paul-based athletic organizations are taking their time deciding if they will move forward with summer seasons, while others have already decided they will not be offering any type of season for athletes.

Simons said the fields will be "top dressed," which means top soil will be put on them, and work will be done to improve the overall condition of the pitches. If any type of summer programming were to occur, it would have to be held on other fields in the community.

According to St. Paul Minor Ball president Justin Blackburn, the organization is having a meeting this week to discuss its options for the summer months.

"Baseball Alberta has released a return to train document that outlines some guidelines and requirements to practice baseball sanctioned," he said. The meeting is scheduled for June 23.

With the cancellation of classes in mid-March, all Alberta Schools' Athletic Association (ASAA) sports also came to a halt. This means no badminton or track and field seasons took place.

Beyond that, "As of June 12, the ASAA has cancelled the spring Season of Play for all four sports in season: football, volleyball, cross country running and golf, meaning no in-person team practices can occur between now and the end of June, 2020," reads a statement on the ASAA website. The organization posted a hierarchy for decision making as it relates to the return to school sports, which begins with direction from Alberta Health Services, followed by decisions being made by superintendents, and then principals.

When it comes to football in St. Paul, the St. Paul Bengals and St. Paul Lions fall into two separate categories, which means the Bengals bantam team may start training later this summer, while the Lions have to wait for direction from the ASAA.

"The high school is waiting for direction from ASAA on what sports will look like in the fall," confirmed Lions coach and Principal of St. Paul Regional High School Mark Tichkowsky.

The Bengals' team, which is made up of junior high aged athletes, falls under Football Alberta regulations.

The club was planning on holding registrations soon, but has had to cancel those plans. According to Coach Todd Tanasichuk, "Details are still being worked out."
"We do expect to have a season this fall, but it’s not 100 per cent certain at this time," he added.
During the Northeastern Alberta Track (NEAT) club's annual general meeting on June 18, club members, executives and coaches discussed the long list of measures that are in place for phase one of league sports. A decision was made to not offer an outdoor season, but rather focus on future events and the fall indoor season.
Each year, the track and field club organizes the Rodeo Mile, which takes place just before the rodeo parade on the September long weekend. While plans around rodeo weekend in St. Paul are still unclear, the track club is considering running a similar race over the long weekend, if the situation permits.
Pickeball Club set to play
One group that has decided to move forward with club play is the St. Paul Pickeball Club.
"Our executive met last week and came up with guidelines reflecting AHS and Pickleball Alberta/Canada recommendations," said club president Bob Deacon. The pickleball club meets three days a week on Mondays, Wednesdays and Fridays.
The club normally hosts an annual tournament, but that has been cancelled for the year.
"Only club play is scheduled for this year," said Deacon. During the summer season, the club plays at the pickleball courts located at Kinsmen Park.