'Things weren't perfect, but they were OK' 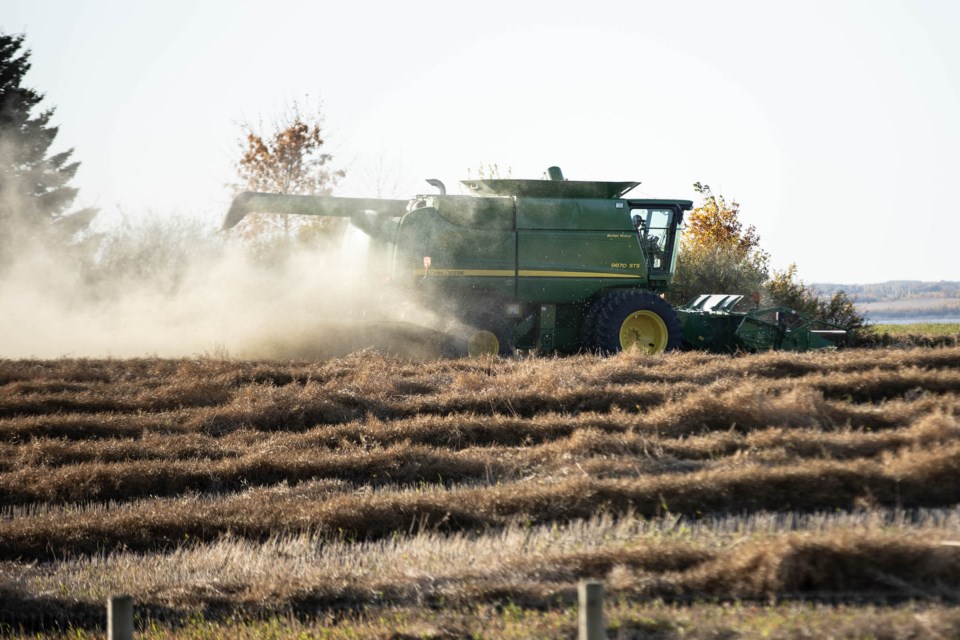 ST. PAUL - While the benefit of having all his crop off the ground much earlier than usual is clear, area farmer and chair of the Alberta Pulse Growers Don Shepert says overall, he believes 2020 has been an average year.

Shepert, who farms in the County of St. Paul, finished harvest on Wednesday, which was the first time in a long time that he was able to say he wrapped up the season in September. Of course, there was still plenty to be done before winter, and Shepert was out baling on Friday afternoon.

Farmers experienced some ideal weather over the past week, as harvest progressed nicely throughout the Lakeland.

In 2017, Shepert only finished harvest on Nov. 17. The next year, there was a nice stretch of weather at the end of October when he - and many other producers in the region - were able to finish. In 2019, the season was dubbed "harvest from hell" and it really was "a mess," recalls Shepert. He only took his canola off in November, and left some barley out all winter.

When speaking about yields, Shepert admits that from afar, some crops looked great. But, there were issues in low-lying areas that affected overall yields due to the amount of moisture experienced earlier in the season.

"Things weren't perfect, but they were OK."

Shepert knows of a few other farmers who have also wrapped up this year's harvest, while some of his neighbours are still working hard to get things done.

"This is so nice. Nice to relax and take it all in," he admits. "We're going to be alright."

He says he's noticed some optimism in the industry. Prices are OK, and "there's a lot of good things going on."

County of St. Paul updates bylaws to reflect ability to write tickets
Oct 22, 2020 2:00 PM
Comments
We welcome your feedback and encourage you to share your thoughts. We ask that you be respectful of others and their points of view, refrain from personal attacks and stay on topic. To learn about our commenting policies and how we moderate, please read our Community Guidelines.