Residents being redirected to St. Paul for emergency services
May 27, 2021 3:06 PM By: Clare Gauvreau 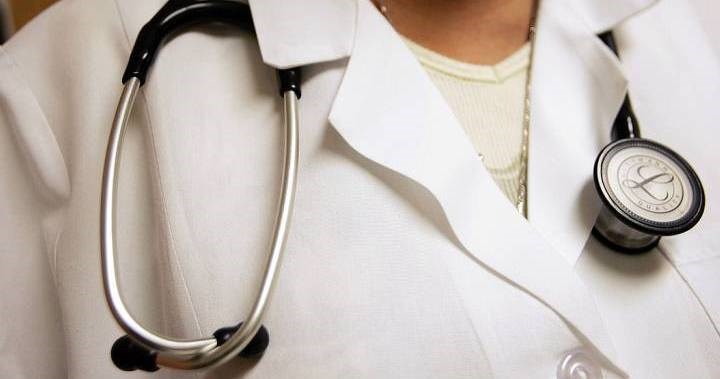 ELK POINT – As the province recognizes the importance of rural health care this week it is somewhat ironic that for the third time this month the Elk Point community finds itself temporarily without emergency room services at the Elk Point Health Care Centre.

Alberta Health Services announced yesterday the ER at the local facility would temporarily close for 24 hours beginning at 8 a.m. Thursday through to Friday morning. ER services at the hospital have now been shut down for 24-hour periods for three weeks in a row.

“Nursing staff will remain on-site in the emergency department, providing triage and assessments, and referring patients to emergency departments in surrounding communities, as needed,” AHS announced in a media release, which directed residents to call 911 if they had a medical emergency. “EMS calls will be re-routed to the St. Therese – St. Paul Healthcare Centre, 35 km west of Elk Point.

While this is a unique situation caused in part by the pandemic, service reductions are not new, Diana Rinne of AHS Communications said last week. “For example, we often face coverage problems in the summer, when physicians take their summer holidays. AHS always provides notifications to communities that are affected in this way. This is a temporary measure and AHS is working hard to ensure local residents continue to have access to the care they need.”

Rinne said COVID-19 is impacting AHS’s ability to provide locum coverage in northern Alberta. She said while difficulty in finding locum coverage in rural Alberta is not new, it is being exacerbated by the fact that many physicians self-isolating  because they have COVID-19 or have been deemed a close contact.

“We also have physicians who are unavailable to work due to their children participating in online schooling, or because they do not feel comfortable travelling outside of their home community due to the risk of COVID. This means we have a reduced pool of locums who can provide physician coverage.”

For Elk Point Mayor Lorne Young two temporary closures in as many weeks were concerning, he said in an interview last week.

“It diminishes the effectiveness of our emergency room which puts people at risk, there’s no doubt about that. It’s not ideal,” he said.  “While I appreciate AHS making efforts to keep some things happening like through virtual ER visits, it’s not the same as having the doctor on site.”

Young said he anticipates two new doctors coming to the community but has not received a recent update from AHS as to their arrival times.

“We do know there are doctors coming but we are still a couple of months away from that occurring. So, while that’s happening, it puts us in a short-staffed situation. My understanding is that also I know there was two other centres that were in the same boat as we were.”

Young believes one of the doctors headed for Elk Point is completing a three-month placement required by AHS in an alternate zone, before coming to the community. He is uncertain about the status of the second doctor.

“We are not staffed where we were before or where we should be. Our status is we have one full-time doctor that obviously can’t provide 24/7 emergency services. She does what she can and I do believe they still bring in people and are still using locums. I believe they are also using doctors from neighbouring communities and they are utilizing virtual ER visits, when it is appropriate. It’s helping but it’s not perfect.”

Young said he was not concerned the future of the facility was at risk saying there are some plans for some upgrades at the site, although nothing has been officially announced at this point.

“Right now, it is strictly just a doctor shortage and it’s a shortage that is being faced by several communities, particularly rural communities,” he said, admitting it was an ironic discussion to be having with it being Alberta Rural Health Week.