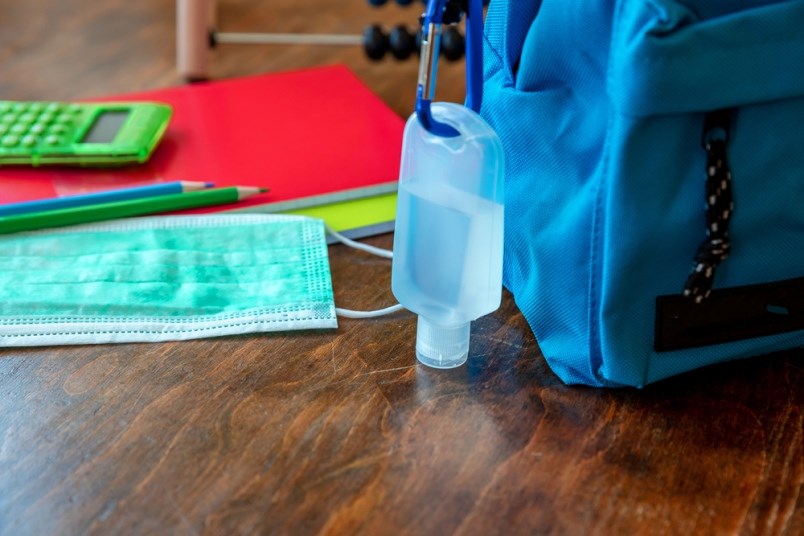 ST. PAUL - It has been just over one week since classes resumed in schools across Alberta following the Christmas break and by yesterday 133 schools in the province were on alert or have COVID-19 outbreaks with 181 confirmed cases.

St. Paul Education is reporting three schools in the district with four confirmed cases among students as of this morning, according to Superintendent Glen Brodziak.

Two cases have been identified at St. Paul Regional High, one case at Glen Avon School and one case as Ashmont School. Brodziak said as per the public health protocols, the school staff are following up with any possible close contacts in the schools and they will be required to isolate for 14 days. He said 130 students and eight staff are now isolating for the 14 days required since their last contact with a positive case.

“They may or may not get a call for AHS, but they are swamped,” he said of the provincial health agency’s role in contact tracing, which at this point is largely left up to school administrations to follow through on. “We developed that anyway. Obviously, AHS is not going to know if you or I were beside each other for 15 minutes.”

Brodziak said, since Dec. 11, Public Health measures have provided some flexibility for teachers who can say “100 per cent unequivocally they were not within six feet of the student,” then they do not have to quarantine.

Asked if finding substitute teachers to fill positions where regular staff have had to go into quarantine is an issue, Brodziak said there had been some situations before Christmas where positions couldn’t be filled.

“We have less subs than we’ve had in the past, just from the fact that some people might think it’s just not worth it. So, finding some people has been a bit of an issue,” Brodziak said, adding that there have been times when an experienced educational assistant has stepped in as a temporary measure if a substitute teacher was not available.

Brodziak said it’s a balancing act determining the risk factors of having students back in the classroom and weighing the concerns of the virus spread against the impacts to mental health.

“I keep going back to that study by the Canadian Pediatric Society, and Dr. Deena Hinshaw referenced that, about how COVID is a major, major hit on our mental health but so is being isolated and away from colleagues or classmates, or friends,” Brodziak said. “Where is that fine line and that balance – that’s for every individual family to weigh what’s best for them and where their mental health is at.”

Funding hit to rural municipalities could be issue of viability
Feb 27, 2021 3:15 PM