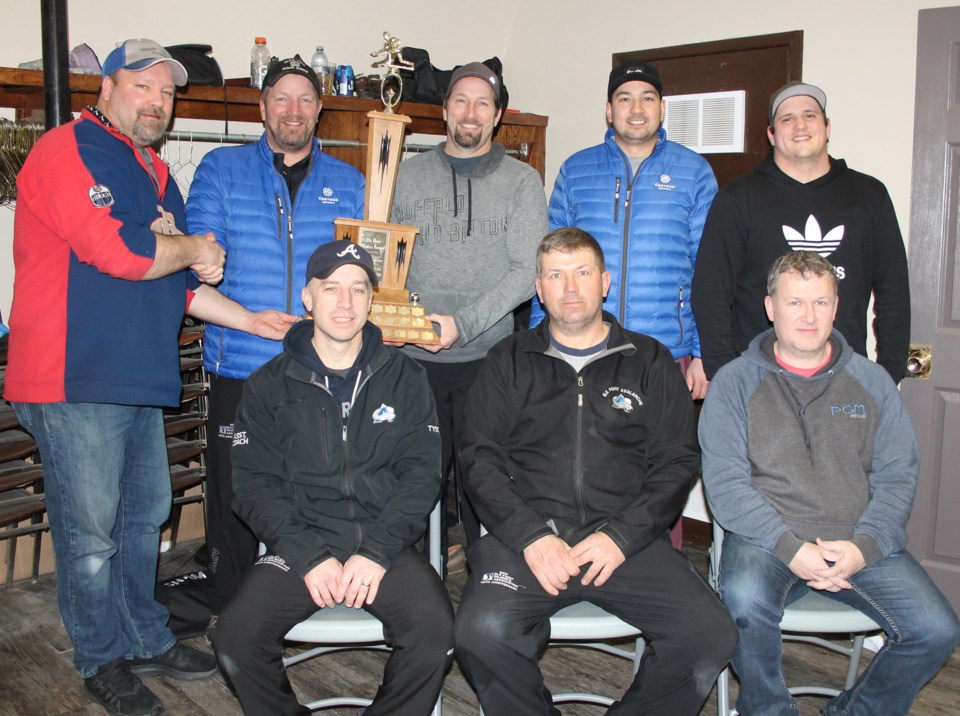 ELK POINT - Feb. 22 was Curling Day in Canada, and in Elk Point, Richard Smyl skipped the Xtreme rink to victory in the B & R Eckels Heavy Oil ‘A’ Event at the 37th Annual Elk Point Oilmen’S Bonspiel with a final win over Don Anderson and the Elk Point Oilmen’s Association II rink.

The JPD Enterprises Huff & Puff ‘C’ event definitely lived up to its name, as it took eight full ends for Darcy Stafford and his Bones rink to win over Dave Cousins and the PTW Energy squad, those teams advancing to the final with wins over Diablo Oilfiield, skipped by Calvin Fisher, and Prairie Tech Oilfield, skipped by Carson Vogel.

Curtis Porcina placed first and Calvin Fisher second in the Draw to the Button event, sponsored by CRJ Trucking and Blue Wave Energy.

This year’s Oilmen’s Bonspiel was the smallest in the event’s history, with only 12 rinks taking part in the three days of competition, down from 16 rinks last year.

The weekend wound up with a banquet at the Seniors Recreation Centre and draws for an array of prizes contributed by a long listof sponsors.