Ukrainian history to be displayed at St. Paul Museum

Items, information, and photographs are being sought to help tell the story of Ukrainian settlers in the St. Paul area
Nov 23, 2020 8:00 AM By: Janice Huser 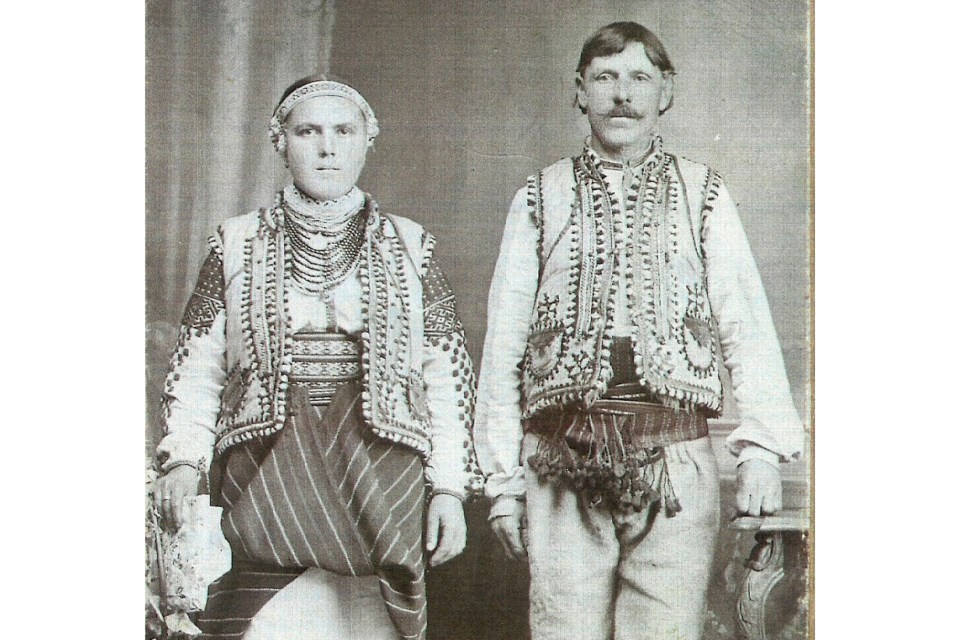 Amil Shapka is hoping to track down photos similar to this marriage photo of Harry Zacharuk and Anna Farkas dated Oct. 3, 1913 is show. They homesteaded in the Lac Bellevue district. Photo supplied.

ST. PAUL - A project being done by the Ukrainian Cultural Society and Choir in St. Paul is hoping to share and record the stories of pioneers who settled in the region in the late 1800s, up to the 1920s.

"We want to tell the story of those early Ukrainian pioneers," says Amil Shapka, one of the members who is spearheading a project that will see an exhibit put together for the St. Paul Museum. He adds that the time period is specific to the first immigrants who arrived from the Ukraine.

"We want to celebrate the hardships they endured," says Shapka. He hopes to track down photos, documents and artifacts that help tell the story of "their strength and their successes."

Shapka believes it's important to connect current generations with past generations and create a greater appreciation for how things once were.

He says he's hoping to celebrate local families who have been living in the area for generations. And because of that, he's reaching out to the public to help track down photographs, and other treasures that may be stored in a trunk in someone's home. Stories about the hardships pioneers faced, and documents that have long been tucked away, are also being sought.

While the display at the museum won't allow for large items to be included, Shapka is hoping to track down some smaller items, such as smaller farm implements.

"We will be intentional," says Shapka, when speaking about the items that will be included in the display - but anything from the period will be considered.

Thanks to a connection through a cousin who is involved with the Kule Centre for Ukrainian and Canadian Folklore, which is based out of the University of Alberta, Shapka is happy to receive support from that organization as he moves ahead with the project.

The end goal is to create an experience, so that people will leave the museum and go tell their friends and neighbours about the exhibit. He acknowledges that there are some challenges due to the COVID-19 pandemic, such as limited access to archives and some institutions being closed, but he will continue to work on the project through the winter months.

"We've never told our story," says Shapka, who adds that he has marvelled at the stories of his own grandparents. "What they endured, I think, is exceptional."

People who may have items or information to contribute to the project can contact Shapka at 780-614-8852 or by email at docdoc1@hotmail.com

People are also welcome to donate financially to the project. A donor recognition board is being planned to go along with the exhibit. There are some costs that could arise with accessing archives and research.